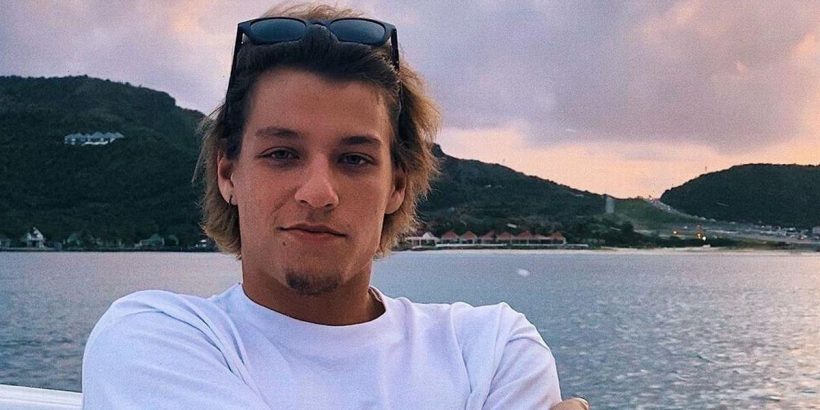 Jon Bon Jovi's son Jake Bongiovi is the spitting image of his rock star father in a new magazine photoshoot.

The 19-year-old actor, who is currently dating Netflix star Millie Bobby-Brown, looked years beyond his age in a recent fashion spread for Man About Town magazine.

Jake posed in a number of looks for the publication, including a shirtless snap.

Sporting a pair of pink trousers, the sun-kissed star put his taut abs on display in the sexy image and wore a beaded necklace and gold chain.

With his long hair dyed blonde, Jake looked almost identical to his Livin' on a Prayer rocker dad.

Jake later shared another hot image from the spread with his 382,000 Instagram followers.

With sunglasses above his head pushing his hair away from his face, the actor put his killer cheekbones on display.

Posing with stubble around his jawline, Jake looked every inch of his rockstar father's offspring.

During an interview with the publication, Jake also revealed that he and his father share a "love for movies".

His mother is a karate instructor and restaurant owner Dorothea Hurley, who married Jon Bon Jovi in 1989.

The couple has been wed for 30 plus years and share four children, including Jake who is the second youngest of the Bongiovi siblings.

He also has a 27-year-old brother called Jesse and a younger brother Romeo, 18.

In March, the couple made their red carpet debut while attending the 2022 BAFTA Awards and looked loved up as they posed together in formal attire.