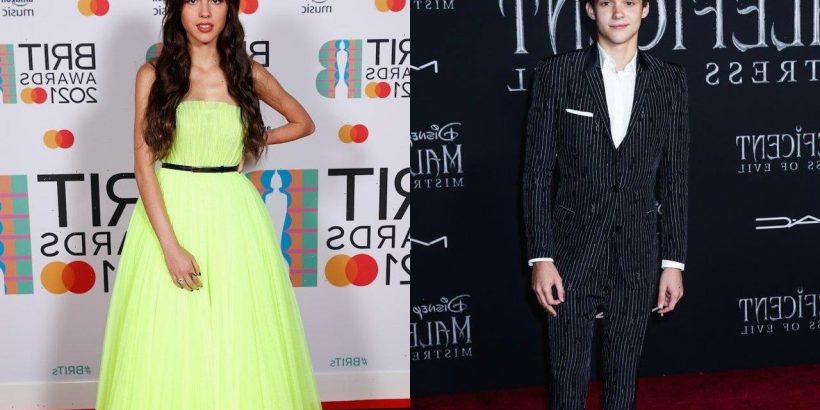 In his new song ‘Secret’, the crooner seems to make a ‘Good 4 U’ reference as he sings, ‘I really hope you had your fun. Good for you foolin’ everyone. You had me tricked for 16 months.’

AceShowbiz –Joshua Bassett might have things left to say to Olivia Rodrigo. The Ricky Bowen depicter on “High School Musical: The Musical: The Series” seemingly threw some shade towards the “Drivers License” hitmaker in his new savage songs.

On Thursday, December 2, the 20-year-old singer/songwriter released his new songs, which lyrics seemingly address his past relationship with Olivia. “While it’s been one of the most challenging periods in my lifetime by far, it has ultimately led to immense growth,” he said in a press release of his new tracks. “I’ve been up, down, and everywhere in between. Each of these songs pinpoint a different moment in time, in my processing.”

Joshua shared that it’s time to share his side in his new track “Crisis”. In it, he sings, “If you get to tell your truth, then so do I.” He continues to sing, “And it’s cool if you want me to play the bad guy.”

In the chorus, however, Joshua appeared to address Olivia’s lyrics in her smash hit “Drivers License” though the 18-year-old star never confirmed the single nor “Sour” were written about him. “Half the s**t you’re saying’s only half true. Messing with my life as a career move,” he sings. “I can’t help but wonder why you won’t make it end.”

Joshua also seemed to make a “Good 4 U” reference in his new track “Secret”. He sings, “I really hope you had your fun. Good for you foolin’ everyone.” He adds, “You had me tricked for 16 months.”

Joshua further spilled that his past lover seemed to be interested in someone else and that they “kissed but it felt different.” He belts out the alleged Olivia diss track, “Swore that you only had a crush. You told me that you would cut him off.” He continues singing, “I should’ve seen it coming then. My friends all warned me I should run for the hills. But I defended you still. ‘Cause I know rumors could kill.”

In a new interview with GQ published on Friday, December 3, Joshua opened up about his relationship with Olivia. The “Lie Lie Lie” crooner admitted that he’s tried to get in touch with her, but she “hasn’t spoken to [him] since ‘Drivers License’ came out.”

“People don’t realize how long ago that was,” Joshua continued, seemingly referring to his relationship with Olivia. He added, “It’s not as recent as it seems. I’m a completely different person now.”

Joshua went on to stress, “I’m not here to expose people. It was eating me alive, and I couldn’t keep it in anymore.” When he was asked about the possibility of starting a new relationship, he told the outlet, “No, I’m not at the moment. Ultimately, being in a relationship is a responsibility. I don’t know if I’m ready for that.”

“I’ve only had three [relationships], despite what it seems,” Joshua explained. He then said that he’s “good on [his own]” at this time, noting that his dating life now is “non-existent.” He elaborated, “I think that’s something that’s been good about this last little bit. I’m good on my own. I don’t need somebody else.”