The K-Pop mega-group – consisting of Jennie, Rosé, Jisoo and Lisa – performed in London after their Manchester date on Tuesday night.

BLACKPINK kicked things off with their most well-known track Ddu-Du Ddu-Du, after skipping it in Manchester as a sign of respect for the 22 victims of the Manchester Arena bombings.

The arena was lit up by the group’s trademark lightsticks, also known as Pyong Bongs, moving in time with the heavy beats and slick dance routines.

The concert was split into four acts as well as the encore, with the group performing all of the songs they have released since they debuted in 2016.

Though despite being active for three years, they have only been given 13 songs, a collaboration with Dua Lipa and a solo single for Jennie to play with.

A remixed version of Stay kept the energy up after Forever Young, before one of BLACKPINK’s earlier hits Whistle rounded out act one.

The second act allowed each of the four girls to shine on their own, as they took to the stage for solo performances.

Rosé, who was born in New Zealand and raised in Australia, showcased her haunting vocals in a beautiful medley including Beatles song Let It Be. 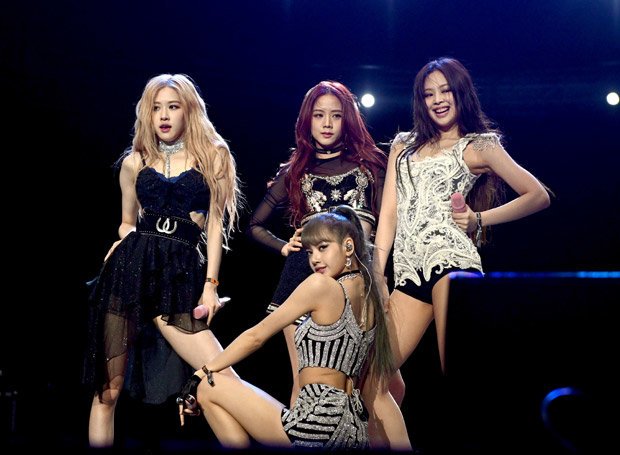 Jisoo – who got the loudest cheers when she addressed the crowd in English – hit the stage on an elaborate silver thrown for her cover of Zedd’s Clarity.

The last of the solo stages was Jennie, who performed her track, aptly named Solo, after filming parts of the music video in London last year.

BLACKPINK’s latest single Kill This Love, which charted at No33 in the UK, gave a powerful opening to act three, which also included Don’t Know What to Do, Really and See U Later.

But it was their collab with Dua Lipa, Kiss and Make Up, which got the crowd really pumped, as Rosé urged everyone to sing along.

The final act started with Playing with Fire, before one of their latest hits Kick It.

And for the final two songs – Boombayah and As If It’s Your Last – everyone in the arena was on their feet dancing as if it was their last chance. 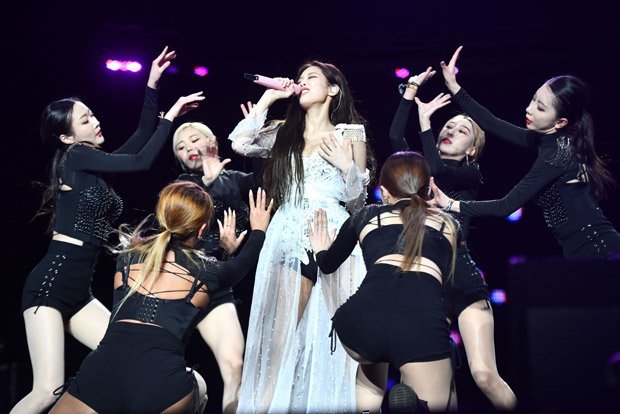 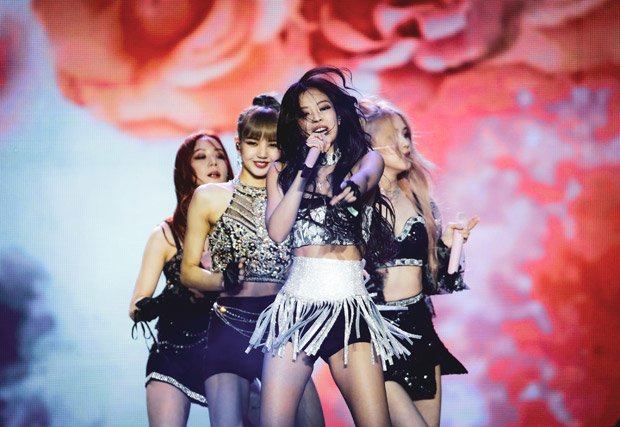 Of course, the record-breaking girls returned to the stage for an encore, consisting of the remixed version of Ddu-Du Ddu-Du and ballad Hope Not.

There was plenty of interaction with the crowd, with each of BLACKPINK addressing the audience in turn.

And the girls got close to those nearest the stage, posing for photos and pulling adorable faces.

Little Mix’s Jade Thirlwall was in attendance and has previously spoken highly of the girls, so hopefully another British collaboration could be on the way.

BLACKPINK World Tour (In Your Area) continues later this week in Berlin, before finishing the European leg in Paris and Barcelona.

It’s a mammoth tour though and has dates until July and then between December and February in 2020.