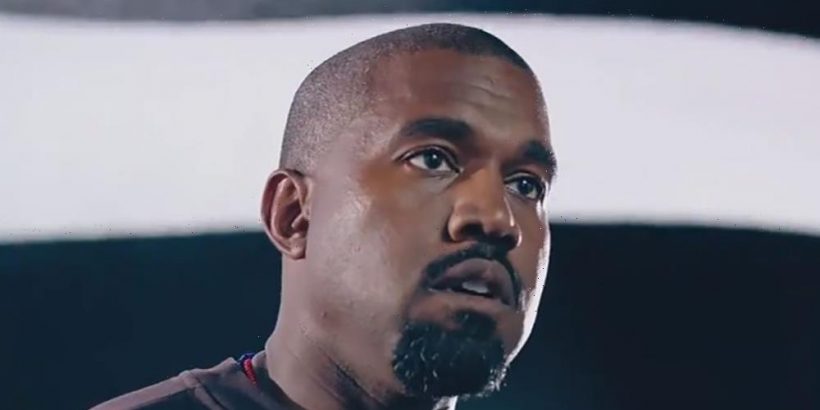 Kanye West made a surprise performance at a wedding in Venice, Italy, on Saturday, performing two of his classics as well as the live debut of two songs from his recent “Donda” album, along with some other songs. According to social media reports, he wore a creepy, almost Michael Myers-like mask that muffled his vocals. West has apparently been wearing the masks all over Europe in the past few days, as other photos posted online (below) apparently showed him wearing them in Berlin and Sweden.

As noted by TMZ and Complex, the wedding was for D’Estree founder Geraldine Guiotte and Tiffany & Co executive vice president Alexander Arnault. Jay-Z and Beyoncé were also in attendance at the wedding, which was Guiotte and Arnault’s second. Their first reception was held in July.

In many ways the live premieres of the “Donda” songs didn’t feel like premieres — after all, West played the ever-evolving album before a live audience four separate times this summer — but he carried over the theme from the live playback shows, performing in a black mask and a Balenciaga ensemble (although thankfully without Marilyn Manson or DaBaby).

West performed “Runaway,” “Flashing Lights,” “Come to Life,” “Believe What I Say,” and other songs at the celebration, according to the reports and social media posts. While the mask wasn’t a problem during the playback sessions, it muffled his words at Saturday’s performance.

Co-directed by Coodie Simmons and Chike Ozah, better known as Coodie and Chike, the three-act documentary follows West over a 20-year period. “Jeen-Yuhs” shows behind-the-scenes footage of West as he builds his way from singer to businessman and becomes a global brand. The doc is also said to look at his failed 2020 presidential bid and the death of his mother, Donda West.

The teaser features a home video of West and Mos Def rapping their song “Two Words” from West’s 2004 album “The College Dropout.”