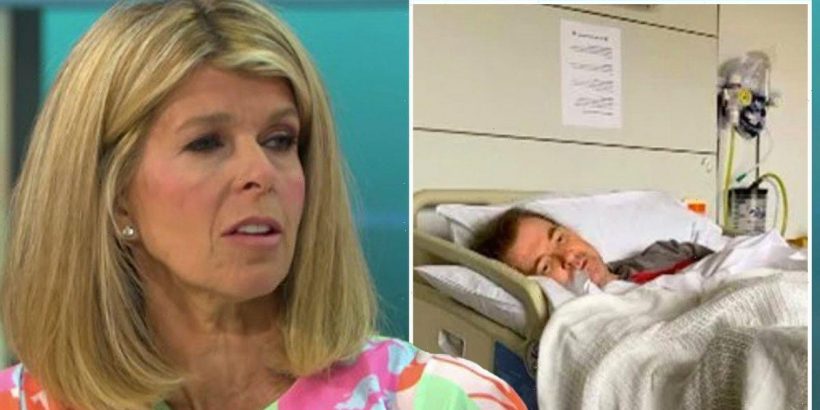 Kate Garraway, 54, has been the recipient of tonnes of support from fans in recent months as Derek’s illness continues to persist.

Derek was rushed to hospital last year and is one of the longest-affected coronavirus patients in the whole of the UK.

But despite Derek returning home at last earlier this year, he still remains incredibly unwell.

And today, her friend and former GMB co-star Piers Morgan, 55, has given further insight on just how difficult things remain for the family.

In his Mail on Sunday column, the broadcaster told readers to get the jab after his own brush with the illness.

It comes after having witnessed first-hand how Kate and her family have had to deal with her husband’s own struggle.

"Derek is three years younger than me and remains in a virtual coma 15 months after being rushed to hospital at the height of the first wave of the pandemic," he said.

He went on to give the extent of the care Derek requires as he receives round-the-clock support from nurses.

"Derek is back home under 24/7 nursing care but is still effectively in a coma despite occasional hopeful glimmers of cognisant response.

"But honestly, people don't know the half of it,"" he wrote.

Piers also revealed in the column that he believes he contracted coronavirus after attending the Euro 2020 final at Wembley and believes it was his jabs that saved him.

The star has had both doses of his Astra-Zeneca vaccine already, with attendees having to provide proof of a double-vaccination or negative lateral flow test within the last 48 hours.

It comes after Kate jumped in to support NHS workers on GMB on Thursday morning after it was announced staff would be given a 3% pay rise by the Government.

She discussed the news with co-host Richard Madeley and gave her own thoughts on the situation.

"I can't say enough: they do deserve more. But it is also a difficult decision for the Government to work out how to balance and go forward and deal with the tax rises we may all have to face, you know?"

Kate was praised by Madeley for keeping her "journalist’s hat on" despite her very personal connection to the ongoing situation.

"So you know, the job is not done and we need to ensure there is enough there [financially] for them to keep going," she replied.