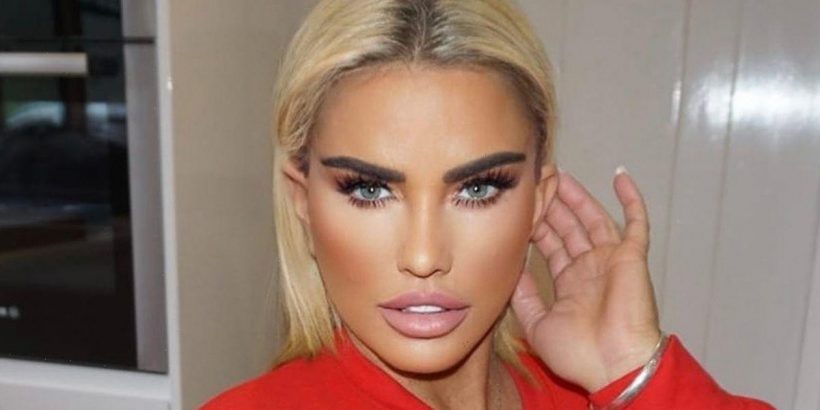 The former glamour model who recently revealed on Good Morning Britain her plans for "babies" in 2022, shared the snap on her Instagram asking her followers to guess who it was.

The black and white image showed two baby scans as well as hand and footprints.

A flurry of congratulatory messages were then posted by those who believed Katie was announcing she was pregnant again and expecting baby number six.

One person said: "My face when I saw the scan pic"

And a third said: "I thought this was an announcement then."

However, some eagle-eyed users noticed the 2001 date in one of the pictures that cleared up the confusion and confirmed it was actually pictures of Harvey, from when she was pregnant with the teen.

It comes as Katie recently confessed to Netmums that she had been "trying to get pregnant for ages".

And she has also been spotted wearing a 'baby' chain necklace while sharing some behind-the-scenes snaps on her YouTube channel from her interview on the ITV daytime show.

Glistening round her neck was a diamante-encrusted chain piece.

Katie, 43, appeared on GMB on January 4 alongside her 19-year-old son Harvey.

Talking to her 356,000 subscribers, the mum gushed: "Watch me and Harvey go on Good Morning Britain! He was so polite I was so proud of him!!"

And speaking to GMB host Susanna Reid, Katie said she's planning for a "drama free" year in 2022 – after a chaotic last year.

Wondering about wedding bells, Susanna asked her: "Is there going to be a wedding this year Katie?"

Katie replied: "I hope so, I absolutely hope so.

"This is the year for me. Babies, marriage, I want it all."

Katie, who has been divorced three times, went on to explain that she's found the one in her fiancée Carl.

She continued: "Like I have said before, I have definitely found the one with Carl and we will get married, and it will be in England."

It comes after a hectic year for the reality star, as she avoided prison time after flipping her car during an accident near her Sussex home in September.

Katie was handed a 16-week suspended prison sentence, having admitted to drink-driving and driving while disqualified.

On her wedding, Katie said that the event will be held in the UK so that she can celebrate the big day with her mum Amy, who is terminally ill.

Katie revealed: "It always will be in England because obviously the family there and my mum's terminally ill – she can't travel.

"I'd never get married unless my mum was there as well."

Amy was diagnosed with idiopathic pulmonary fibrosis in 2017 – an illness which reduces breathing and scars the lungs.