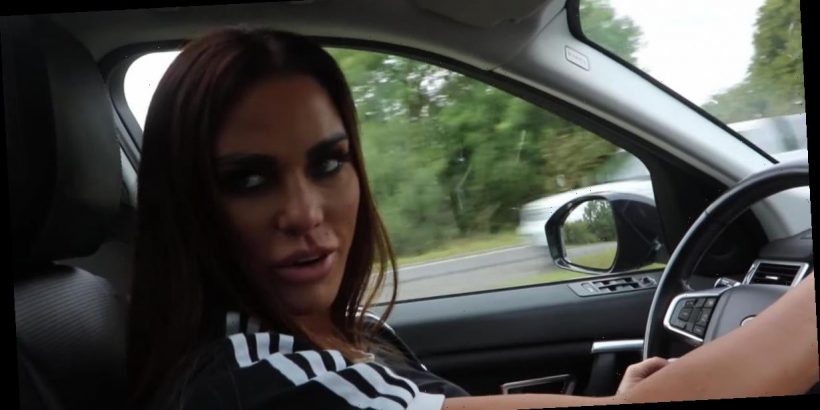 Katie Price has risked the wrath of the law by getting behind the wheel after she was disqualified from driving in 2019.

The former glamour model, 42, was seen behind the wheel of her boyfriend Carl Woods’ Range Rover on Tuesday.

In pictures obtained by The Sun, Katie is seen sporting a black hoodie while driving the large vehicle, just weeks before her road ban is due to end.

Lifting the lid on Katie’s latest outing, an onlooker told the publication that the reality TV star appeared to be riddled with anxiety as she sat behind the steering wheel.

“Katie and Carl were heading in the direction of the M11.

"Katie looked anxious. She seemed to be biting her nails,” they claimed.

“How can she be so stupid when she’s only got a few weeks of the ban left to go?” the onlooker added.

Katie was first hit with the two-year hit disqualification in 2019 after she refused to tell police who was behind the wheel of her famous pink Range Rover when it crashed in South London in 2018.

The former I’m A Celebrity star risks facing the wrath of the law as driving while disqualified can result in six months jail time and a huge fine.

Katie has been disqualified from driving six times since she was first banned in 2010 for a six-month period after she was caught speeding.

The Daily Star contacted Katie’s representative, but they have refused to comment.

In other Katie news, the star appeared to suggest she was pregnant on Thursday evening.

She shared a photo to her Instagram in which she cradled her stomach and spoke of her happiness that Carl was "part of her".