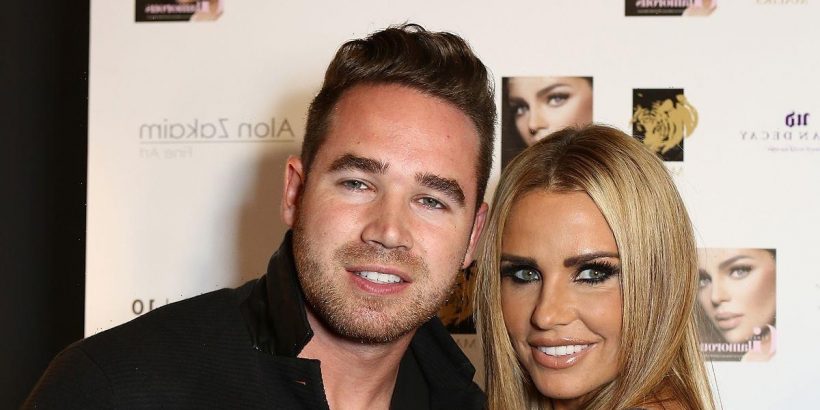 On Thursday, the 43-year-old was given a 16-week sentence, suspended for 12 months, after she pleaded guilty to drink driving, driving whilst disqualified and driving without insurance.

The mum-of-five – who appeared in court in late September after she flipped her BMW in the heart of West Sussex – was also informed she will have to undergo 100 hours of unpaid community service.

Despite her recent incident, the star’s driving ban has been kept at to two years and she will not need to take an extended driving test before she is allowed back on the roads.

In a scathing attack on the media personality, Kieran admitted that he was “shocked about the drugs and drinking” but still believes her sentencing was “lenient".

The doting dad – who married the star in 2013 before separating in 2018 and divorcing in 2021 – told The Sun “someone will get hurt” if the loving mum continues to behave irresponsibly on the road.

He told the publication: “It is one of the most serious things you can get done for on the road short of killing someone. It is so serious.

“Someone will get hurt if Katie is allowed to carry on the way she is.”

Kieran went on to add that “so much drama” follows the TV personality and noted that “she deserves to go to prison” before he praised her for admitting her wrongdoings publicly.

One of the ways the former stripper claims Katie “knew she would get off” was that she was making plans with their adorable kids, Jett and Bunny, for after her court case ended.

In addition to Jett and Bunny, Katie is also mum to Harvey Price whose estranged father is former footballer Dwight Yorke, and Junior and Princess from her marriage to ex Peter Andre.

Following the announcement of her sentence, the mum took to Instagram on Thursday to share a lengthy statement apologising for her actions.

She wrote: “I would like to thank my family – my children, my mum, dad, sister, brother, my partner Carl, Leigh, and my friends who have supported me throughout these past few months.

“It’s been a really difficult time and I'm incredibly sorry for my actions – I'm sincerely grateful nobody was hurt – I realise that damage my actions could have caused not only to another family, but to my own as well.

“I’m now spending time getting better – mental health is a hidden illness and can strike at any time.

“The triggers that cause my anxiety and behaviour are something I'm trying to understand, come to terms with, and I learn to control moving forward.

“This will be a long process for myself and something I’ll continue to work on for the rest of my life.

“Thank you for all the messages of goodwill that I've received. I’m going to surround myself with my loving family and friends and continue doing the work I love as it brings me enjoyment and helps my mental health. Thank you everyone.”