Keith Urban will be the first artist to play the new Sydney Coliseum Theatre when the $100m venue adjacent to Rooty Hill RSL officially opens its doors on December 21.

The Grammy Award winner is joined by artists including Tina Arena, John Butler and Barry Humphries as Dame Edna Everage in an unabashedly populist opening program executive director Craig McMaster said had “something for everyone”.

The completion of the theatre at the end of the year is a fortuitous piece of timing for the SSO, which has been looking for new venues during the 18 months the concert hall of the Sydney Opera House is being refurbished from next year. 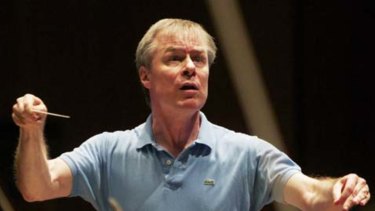 “It's very timely and exciting opportunity for us to build a new audience in this brand new facility,” said SSO chief Emma Dunch, who was on hand for the announcement at the partially completed theatre.

She said she was confident that the new venue’s acoustics – always a major concern for orchestras – would be up to scratch.

“We've reviewed the plans for the acoustics. Obviously, the project has been under way for a long time and they are well down the line but we were satisfied with what we heard.”

Bangarra Dance Theatre, Sydney Dance Company, Sydney Philharmonia Choirs and the Australia Ballet are among other companies that have also committed to perform at the Coliseum. 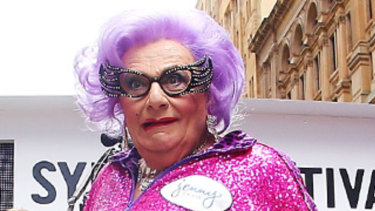 Dame Edna Everage is among the artists confirmed for the opening program.

Mr McMaster said research had indicated a growing demand in Western Sydney for a venue like the Coliseum.

“Statistically, the population numbers for Western Sydney are extraordinary,” he said. “Growth forecast for the next 10 years is off the charts.

“More importantly, we see from the research that there is a strongly emerging more wealthy class out here. As Sydney gets bigger and busier and tighter it is harder to travel around.”

Ease of access will be a major selling point for the Coliseum’s Western Sydney base.

"There was one particular focus group I remember really clearly where a customer said ‘I love going to the theatre but the reality is by the time I park, pay tolls and pay for dinner it effectively costs me double for my ticket',” said Mr McMaster.

“There is a point you reach with all great cities around the world where cultural facilities begin to decentralise. I think we are at the pivot moment.”

The theatre is part of West HQ, the much-expanded precinct around the RSL that also includes an aquatic centre, hotel and restaurants.

The venture is part of a wider shift in the club industry to broaden income streams beyond gambling as the so-called “social licence” for poker machines is gradually eroded.

"West HQ's broad vision is to diversify their entire business,” said Mr McMaster. “The traditional gaming business is part of West HQ but the strategic focus is about how we diversify and broaden streams of revenue.”