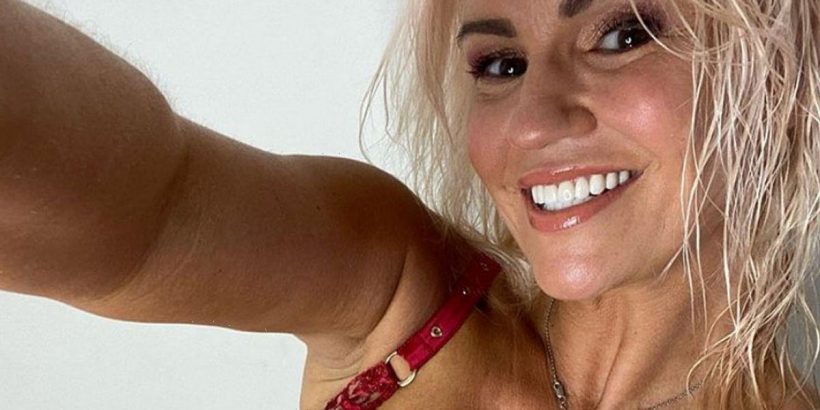 Former Atomic Kitten star Kerry Katona is raking in 'tens of thousands' of pounds a month on OnlyFans.

The ex-singer says she has earned £1million from selling photos of her feet on the racy website.

The 40-year-old was so broke when work dried up during lockdown that she needed to borrow money from her mum.

But her luck has changed as she's now a millionairess again after setting herself up an account on the adult subscription site.

She told The Mirror: “People are quick to say, ‘she’s desperate’ if I get out a bit of nipple, but I’ve made my first million since bankruptcy and I’m so, so proud."

“If it wasn’t for OnlyFans I wouldn’t have had money to invest in myself and in making more companies.

She added: “What p*sses me off is when you get Nicole Kidman and Tom Cruise in Eyes Wide Shut moaning and groaning in sex scenes. Or Angelina Jolie and Julia Roberts getting their kit off.

"They get paid millions, they get awards. It’s ‘art’, darling. But I get judged. I’m not showing anything more than going topless on holiday.”

The singer signed up to OnlyFans after needing to borrow £50 from her mum as she could only afford to provide pasta, tinned and frozen food for her kids.

Among her 2,000 subscribers are Atomic Kitten fans, couples seeking new ways to spice up their love life, and men fixated on her diddy feet.

The mum-of-five discussed her plans with her children and claims none of them were shocked.

She sends sexy messages and pictures but vows snaps are nothing more than topless pictures.

She added: "I've had loads of requests for foot selfies from people with foot fetishes."

"Some are men and women texting me their sex issues and I’m like a therapist for them – their fantasy."

“Others aren’t crude at all. They’ll see me on TV and say, ‘you’re smashing it, kid! What have you been up to today?’

The cash from her OnlyFans has allowed her to send her son to private school, open online clothes store KerryBoutique, and release a dating app with fiance Ryan Mahoney, called Marnii.

In January she hopes to buy the £.19million Cheshire mansion she is renting after moving back to her native county with her kids.

Sign up for the Daily Star Showbiz newsletter for the latest gossip and breaking news for TV, Hollywood and your favourite celebs.