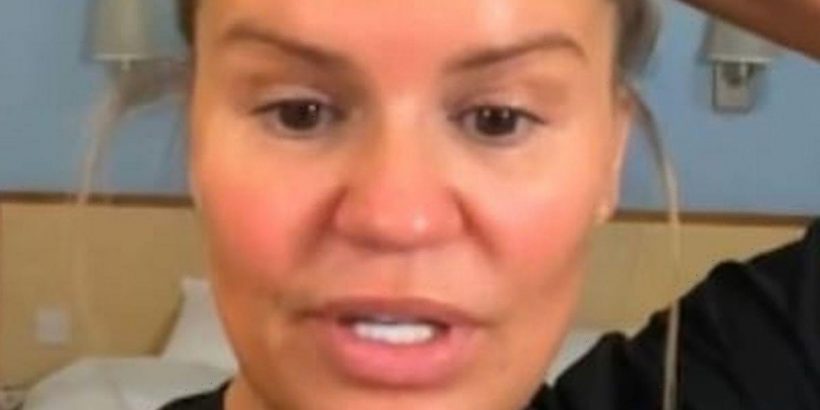 Kerry Katona has been taken to hospital for an unknown reason, shortly after admitting that she thinks she has an eating disorder.

The 41-year-old former Atomic Kitten star has left her fans concerned after revealing that she's hooked up to an IV drip at hospital.

Taking to her Instagram Stories, Kerry uploaded a snap of her IV and penned: "Not really where I wanna be", alongside crying face emojis.

Daily Star have reached out Kerry's representatives for an update on the star's health.

This comes days after her admission that she believes she has an eating disorder.

Opening up about her body image issues, Kerry explained how she has recently been in tears over her relationship with food.

Writing candidly for her latest column for new! magazine, Kerry explained: "I've been in tears over my relationship with food.

Before admitting: "I have real issues."

She then opened up further and said: "For example, the other day I bought a kebab and I hid on my own and binged on it.

"I'll eat food, and then I'll feel like I want to be sick. I definitely have some kind of eating disorder."

Writing for the magazine she revealed that she doesn't want her fiancé Ryan to see her because she feels "so insecure".

Realising that she needs to get help, she's willing to get back in touch with therapists, The Speakmans, "to see if they can help".

Kerry recently went under-the-knife to get her boobs reduced in size.

Last month she got surgery after she'd become unhappy with her triple D cup breasts.

Having sought out an experienced surgeon, Kerry sized down taking her new chest to C or D instead.

She recently took to social media to tell her fans that she was delighted with the end result.