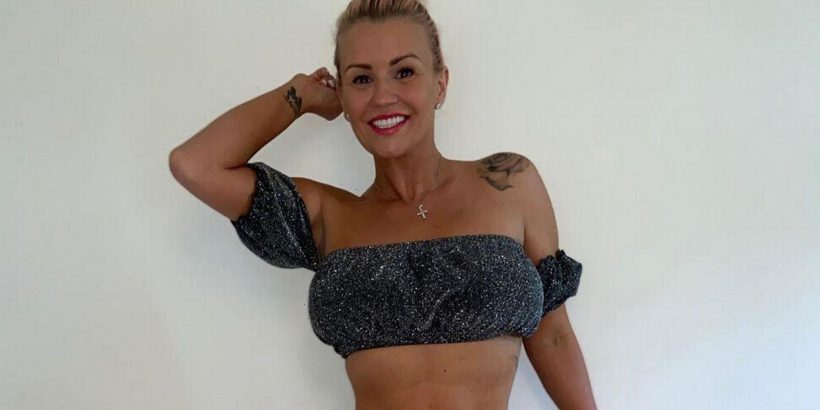 Kerry Katona has poked fun at her behind in a candid social media post after vowing transform her body.

The former singer who found fame as a member of Atomic Kitten was recently pictured on the beach in a striking bikini, while her fiancé Ryan Mahoney wrapped his hands around her bum.

Kerry's upload comes after the 41-year-old told herself that she would lose some weight after looking at pictures of herself in a bikini.

While Kerry's gym-honed physique is impressive, she told fans she believes her bum is that big they would be able to park their bike on it should they wish.

In view of her 801,100 Instagram followers, the blonde bombshell told fans: "My God the size of that a***. If anyone needs to know where to park their bike, right here."

But fans were quick to jump to the comment section to gush over Kerry's bum, with one saying: "Looks lush to me babes. Normal mum's body on holiday living life!! How it should be."

"It's marvellous," exclaimed a second.

Before a third typed: "He loves you with all the curves babe. You look amazing. Be kind to yourself."

"Well I think you look real and fantastic," wrote a fourth.

In recent days, Kerry has been flogging clothes to her fans with a social media competition over on her Instagram page.

Speaking directly to her fans about the pictures she saw of herself in a bikini, the Whole Again singer said: "I was like, 'Oh my God, is that a whale? No! It was Kerry!'

But after receiving a message from a fan who encouraged Kerry to embrace her body, she added: "I am embracing my body! I am very open and honest with my kids.

"I've had surgery. Why lie to them? But I'm a 41-year-old woman. I'm entitled to do what I want to do after having five kids."

The star went on to say that she is very open with her children regarding her body while admitting she has "body issues".

She continued: "And I'm very open and honest with my kids and hopefully everything that I've had done will put them off for life! But I'm not going to hide away what I've done!

"Yes, I look huge. It's not healthy, it's not good. I need to get in the gym when I get home. I've definitely got body issues."