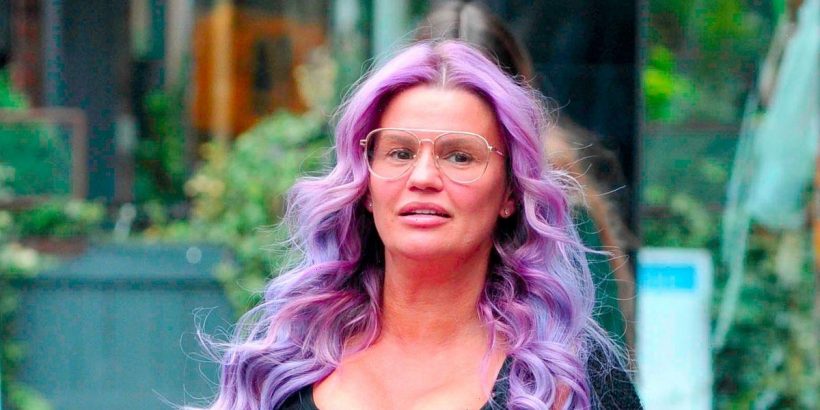 Kerry Katona could not withhold her emotion when she openly discussed putting on weight recently.

In a video segment that the songstress uploaded to her own platform, she admitted to her her 775,000 followers that she was "miserable" at the moment and claimed she was the "biggest" size she'd ever been.

The 41-year-old explained on camera that her image had really been getting her down, telling fans that she felt "so ugly" and "fat" and the minute.

After moving home, being struck down with Covid-19 and recently the entire household were under the weather with flu, Kerry said she'd found it hard to maintain her old routine.

Previously, the mum-of-five had been "getting up early" each to workout and "meditate" but things had slipped in recent times.

Speaking on Instagram live, Kerry said: "We're also about to launch N-fit because I am at my biggest weight at the minute. I'm not going to lie to anybody, I am so miserable because I feel so big.

"It's the biggest I've ever been, I could cry.

"So I'm actually going to document this weight loss that I'm going to do, it's the biggest that I've ever been. I'm feeling really fat and really really ugly at the minute.

"It's getting me really really down and none of my clothes fit me."

While the hitmaker is an advocate for all shapes and sizes, Kerry made it clear that she just wasn't feeling like her old self and wanted to boost her own self esteem by slimming down.

Opening her baggy shirt to showcase her chest, the former chart topper added: "Look it makes my boobs even bigger, look.

"Ryan loves me no matter what but I'm so miserable about it."

She continued: "What it is, is I've got out of my routine of doing all of the things that I used to do. Getting up, meditating, I'm so off track with it all.

"But I'm getting back on track with it and Ryan is going to help me out with it."

At the time, the reality TV star had credited Skinny Jab for aiding with her transformation which saw her display super abs and toned muscles.

Kerry is now hoping that with the help of her soon-to-be husband Ryan.