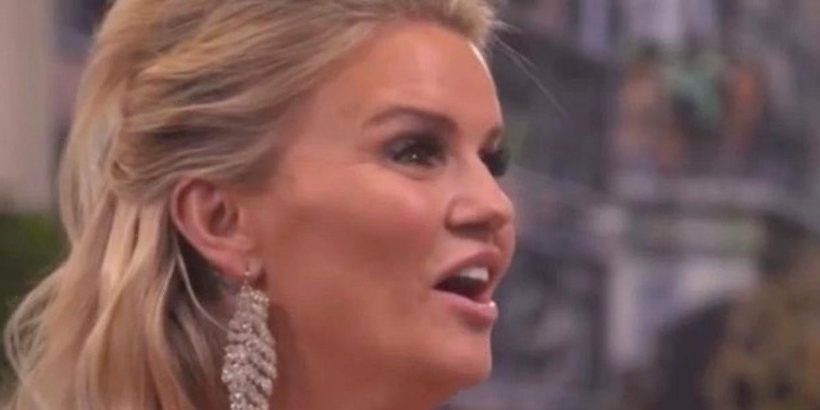 The 40-year-old star says her previously marriages to Brian McFadden, Mark Croft and George Kay have left her terrified of getting hitched to Ryan, 32.

"Honestly, I had this massive fear, it made me feel sick.

"It turned my stomach thinking about a wedding and walking down the aisle in front of all of those people again. I thought, no. I can’t think of anything worse."

She went on to add that Ryan is not an "remotely like any three of them put together" and said that she sometimes questions if she's to blame for her failed relationships.

The I'm A Celebrity Queen of the Jungle went on to marry drug dealer Mark Croft in 2007 until their union ended in 2011.

Her third marriage, to George Kay, who passed away in July 2019, ended in 2017 after three years.

She previously told Daily Star that she's been left with PTSD after her three marriages.

Kerry explained: "I’ve definitely got post-traumatic stress from my marriages.

"Especially from my last marriage – we never got divorced me and George – I couldn’t think of anything worse than getting married again."

However, after meeting Ryan, Kerry's ready to tie the knot again.

"We’re all entitled to be happy and we all deserve to be loved no matter what. Everyone deserves a happy ever after. But it’s taken me a long time to realise that.

"It’s not like when I was 15 I was like, 'When I grow up I’m going to get married four times and have five children with different surnames and three different dads – I can’t wait.'

Kerry feels it’s inevitable her children will follow her into showbiz and she’s happy to support them whether they want to be a "lollipop lady or lap dancer".