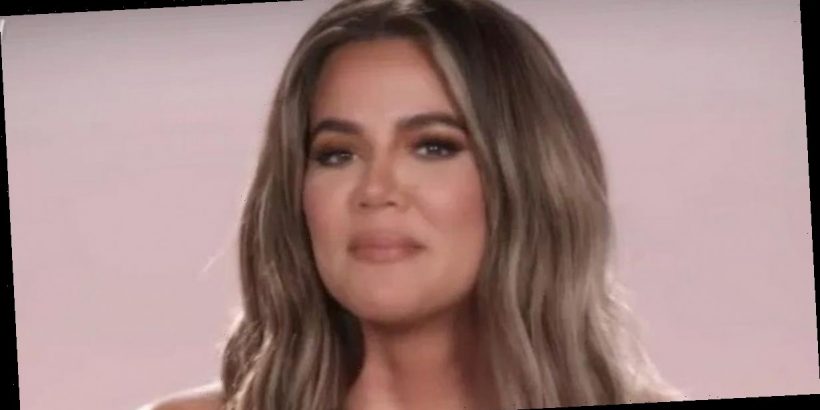 Khloe Kardashian has broken her silence over her unedited bikini pic drama with a live video to prove she isn't photoshopped.

Khloe responded to the backlash she has received for wanting to scrub the internet of a photo of her.

The Keeping Up With The Kardashian star posted a video of herself in a pair of nude underwear, holding her boobs showing off her toned figure.

She followed up by going live on Instagram with a video of her taking off her shirt and pulling down her pants to prove to her followers that she is not photoshopping her images after accusations on social media that she is "unrecognisable".

Khloe then posted a lengthy statement about why she had gone about trying to delete the photo despite many fans saying there was nothing wrong with the picture.

Khloe penned: "When someone takes a photo of you that isn’t flattering in bad lighting or doesn’t capture your body the way it is after working so hard to get it to this point … you should have every right to ask for it to not be shared – regardless of who you are."

She explained that the "constant ridicule and judgement" she has faced surrounding her looks has become "too much to bear" and cited the trolling she's received calling her the "fat sister", the "ugly sister" and claims that her father Robert is not her real dad because of their difference in looks.

She continued that people assume that because she is in a position of privilege and on a reality show that she signed up for scrutiny but pleaded: "I am asking to be acknowledged for being human."

Khloe added: "It’s almost unbearable trying to live up to the impossible standards that the public have all set for me. For over a decade now in photos, every single flaw and imperfection has been micro-analyzed and made fun of to the smallest detail and I am reminded of them everyday by the world."

She continued: "You never quite get used to being judged and pulled apart and told how unattractive one is, but I will say, if you hear anything enough then you start believe it.

"This is an example of how I have been conditioned to feel, that I am not beautiful enough just being me.

"My body, my image and how I choose to look and what I want to share is my choice. It's not for anyone to decide or judge what is acceptable or not anymore."

She concluded by saying her family tell her every day that she is beautiful but that she knows "it needs to be believed from within."

"We are all unique and perfect in our own way. Whichever way one chooses to be seen," she said.

"I have realized that we cannot continue to live life trying to fit into the perfect mold of what others have set for us. Just do you and make sure your heart is happy."

Her sisters Kim Kardashian and Kendall Jenner commented on the post to show their support, writing: "I love you Khloe" and "Yes! you beautiful, strong, HEALTHY queen."