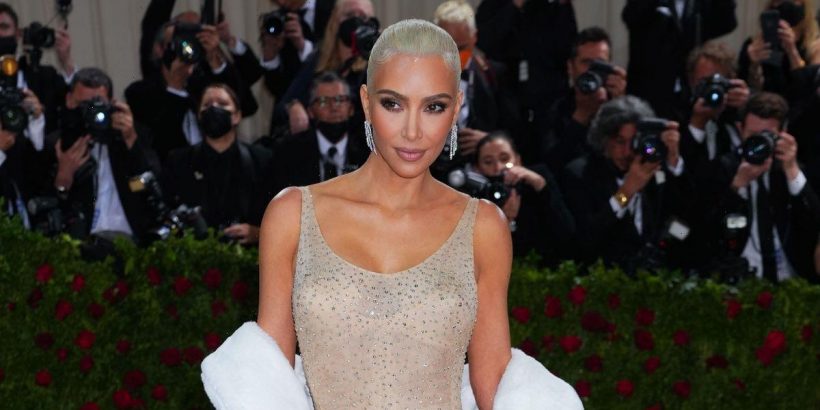 Kim Kardashian has been accused of copying Kanye West's ex-girlfriend with her striking Met Gala look.

She famously wore a gold embellished gown to the prestigious New York event this week, which was previously worn by Hollywood icon Marilyn Monroe.

The legendary actress dressed in the frock to serenade US President John F. Kennedy in 1962, with it costing $12,000 (£9,600) at the time. The dress was recently valued at an impressive $5million (£4million).

Kim wore her hair in a bleached blonde slicked-back style for the event and walked the red carpet arm in arm with her new beau Pete Davidson as he helped her manage the restrictive hemline.

Kim, 43, draped a white fur stole around her shoulders to finish her stunning outfit, oozing glamour at every turn.

However, some fans weren't so impressed with the ensemble – and have accused Kim of copying a similar outfit worn by Kanye's ex Amber Rose.

Kanye and Amber were a couple between 2008 and 2010. The outfit in question was worn by Amber Rose to the 2014 Grammy Awards.

Amber Rose made quite the stir in the plunging design at the event, with Reddit users drawing comparisons between the two outfits.

One user poked fun at Kim as they wrote under her picture: “Amber Rose attends the Met Gala.”

Kim borrowed the gown from Ripley's Believe It or Not! museum in Florida to wear it to the lavish fashion bash.

She admitted that she had to shed 16lbs in three weeks just to fit into the design, cutting carbs from her diet to achieve her goal.

She had to wear white gloves to change in and out of the design and only wore it for a red carpet moment before rapidly changing into a replica of the dress after entering the Metropolitan Museum of Art.