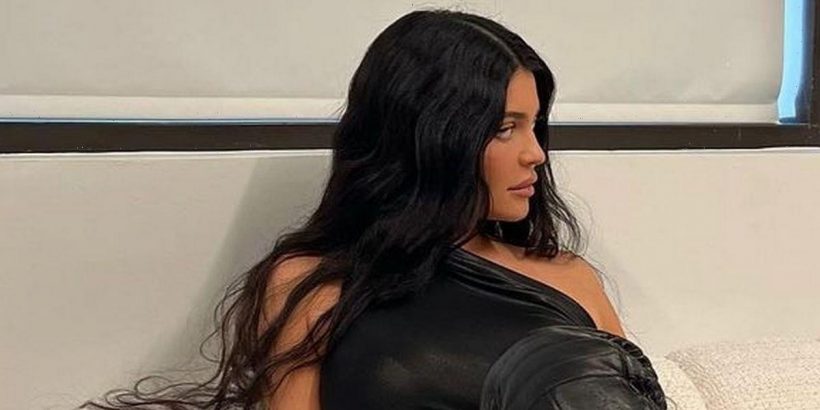 The makeup mogul put on a stunning display and exposed her bare legs in some sultry Instagram photos.

The star looked impressively svelte after welcoming her second child, a son whose name has not yet been revealed.

She gave birth in February and appears to have snapped back in shape already.

In the first photo, she was sat on a sofa with her legs crossed and her head turned to one side.

On the other, you could just see her pins and fresh nail set from a bird's-eye-view angle.

All she added in the caption of the upload was a black heart emoji.

Fans flocked to the comment sections, as usual, with one writing: "WE LOVE WHEN YOU ACTIVEEE."

Another added: "You look so good babe," with another penning: "So major."

This comes after Kylie recently revealed that she had changed her newborn's name, just as she did with daughter Stormi.

Kylie shares her two kids with rapper Travis Scott and named him Wolf last month but decided that his name "didn’t suit him".

The Keeping Up With The Kardashians star also did this with Stormi soon after she gave birth.

Talking about Stormi's name switch to YouTuber James Charles she said: “It was always Stormie with an ‘-ie’.

"I bought custom things for her that said her name, ‘-ie’. I bought her the blocks, ‘-ie’. I didn’t fully choose her name, I wanted to have a week of just me and her to see if I wanted to change it.”

The influencer also said that she had “one other name in mind” but Stormi “always felt like her name”, even when she was “still in the womb”.

But when Kylie went to sign her daughter's birth certificate she decided to knock off the "e" “right then and there”.

The star took to Instagram recently to share that her son was no longer named Wolf to clear things up, because she “keeps seeing [the name] everywhere”.