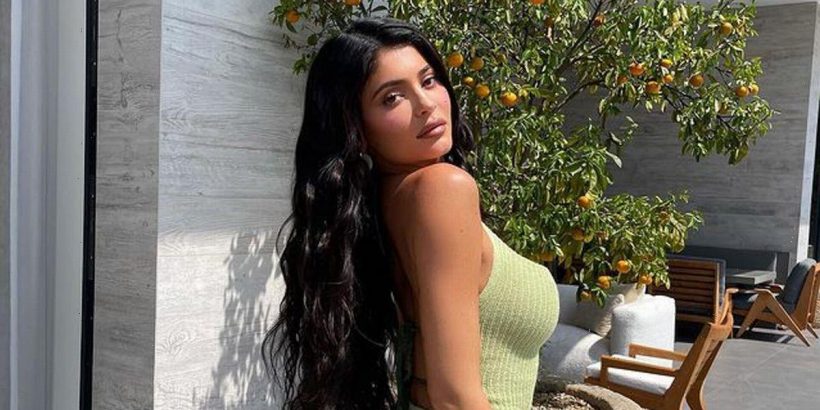 Kylie Jenner has given fans a rare glimpse of her baby son as mystery around his new name continues to build.

The 24-year-old welcomed the child with rapper Travis Scott, 30, back in February this year. He was initially called Wolf, but the Keeping Up With The Kardashians star U-turned on the name as the couple didn't feel it suited him.

Kylie shared the latest snap on Sunday to her 328million Instagram followers.

In it, rapper Travis can be seen cradling the newborn who is dressed in some adorable black trainers and a pair of denim jeans.

It comes after Kylie opened up about the process of changing the baby's name.

"It just didn't suit him. We haven't legally changed his name yet. We're in the process, so it just wouldn't feel right to share anything when we don't have an official name."

Kylie – who is also a proud mum to daughter Stormi, 4 – took to Instagram to announce the change of her son's name a few weeks after she revealed his name was Wolf.

She said: "FYI our [son's] name isn't Wolf anymore. We just didn't feel like it was him. Just wanted to share because I keep seeing Wolf everywhere."

Last week Kylie told Extra: "We just haven’t fully legally changed it or anything. So I don’t want to announce a new name and then change it again. So, yeah, we're just not ready to share."

In March, a source told People that Kylie would reveal her son's new name "when she's ready".

They said: "Kylie and Travis liked Wolf but after getting to know their son, they felt like the name didn't fit him.

"They wanted to choose the perfect name that they both loved."