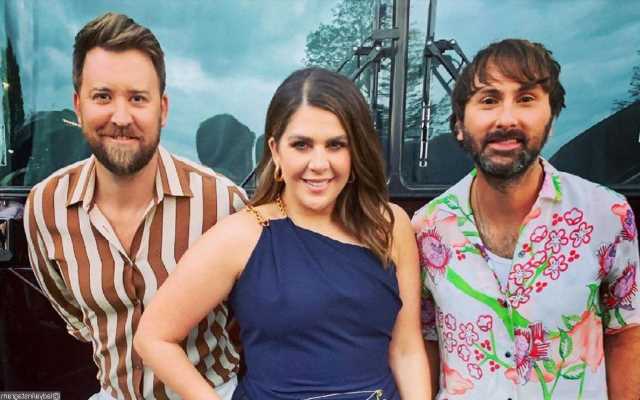 ‘What a Song Can Do (Chapter One)’ will present Thomas Rhett chipping in on ‘Things He Handed Down’ and Maren Morris’ husband Ryan Hurd contributing to the writing of the title song.

AceShowbiz –Lady Antebellum a.k.a. Lady A are gearing up to release their first new album since changing their name in 2020.

In an Instagram post showcasing the cover art for their latest release, “What a Song Can Do (Chapter One)”, the band reveals the project will be available to buy and download on June 25.

A statement reads, “With every track on this collection, we strived to share a little bit more of who we are and what we’ve taken from this last year.”

Amid the George Floyd racial justice protests and the Black Lives Matter rallies in the U.S. last year, Lady A stars Hillary Scott, Charles Kelley and Dave Haywood decided to change the band’s name from Lady Antebellum – a moniker with ties to America’s shameful slavery past – to Lady A. That led to a public battle with a singer from Seattle, Washington, who has performed as Lady A for more than two decades, but the trio stuck to its guns.

Their new album will feature current single “Like a Lady”. A new single, “Things He Handed Down”, is set to drop on Friday, June 11, according to Billboard.

All three band members contributed to writing each new track, with country stars Thomas Rhett and Maren Morris‘ husband Ryan Hurd chipping in on “Things He Handed Down” and the title song, respectively.

The country group will hit the road with the “Lady A: What a Song Can Do” tour later this summer (2021).

On what the group was aiming for with the album, co-lead singer Hillary told Entertainment Tonight, “The title of the album or chapter one of the album is, ‘What A Song Can Do,’ and that’s a song that we just feel really is a love letter to our fans.”

“It’s all about just how these songs and these years that we’ve been together and them showing up at the shows in support of us, has allowed for all of this to happen,” she continued, “and so we hope they feel the love with it.”