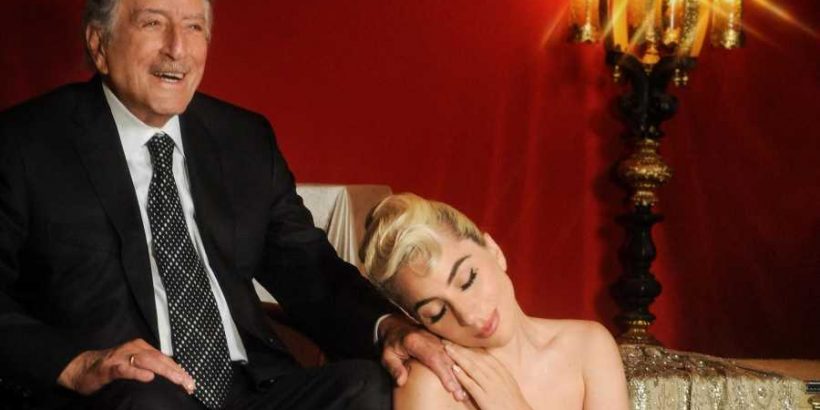 There are moving May-December relationships and then there is the pairing of paisans that is 95(!)-year old croon-king Tony Bennett with 35-year old pop powerhouse Lady Gaga, a superhero team-up that has produced another album of rock-solid takes on the American songbook.

Their 2014 standards collection Cheek to Cheek was a tenderhearted hit that allowed Bennet to break his own record for oldest act with a number one album and enabled Gaga to apply her seemingly boundless theater-kid enthusiasm to songs generations of theater kids have long worshipped. Here, the duo take on classics by Cole Porter, reigning GOAT of the Tin Pan Alley poets. Bennett’s recent Alzheimer’s diagnosis gives the collection a poignancy that was absent from Cheek to Cheek. Love For Sale has been billed as their final collaboration.

Over traditional arrangements suitable for both supper club and Radio City, Bennett sings such standards as  “I Get a Kick Out of You” (the first single), the title track and “It’s De-Lovely” as if he was born this way. The band mostly sticks to Big Band brassy ladled with string syrup; “Let’s Do It,” a Gaga solo vocal that threatens to go full New Yawk on the chorus, folds in a brief organ run, while the guitar solos on “Dream Dancing” and “Just One of those Things” give the melodies very polite pokes.

Gaga, cheeky as ever, drops in a verse about a tattoo at the end of “I’ve Got You Under My Skin” and almost runs away with a downright zippy opening to “Night and Day” before it resolves into swell romance.

For Gaga, who belts away with joyful verve, this album (like Cheek to Cheek) points the way to a classicist (or maybe even Vegas-centered) musical future her fans probably didn’t considered when they were blasting “Poker Face” out of their parents’ Toyotas. As for Bennett, well, retiring from live performance at 95? He’s never going to make it in this business with that attitude.