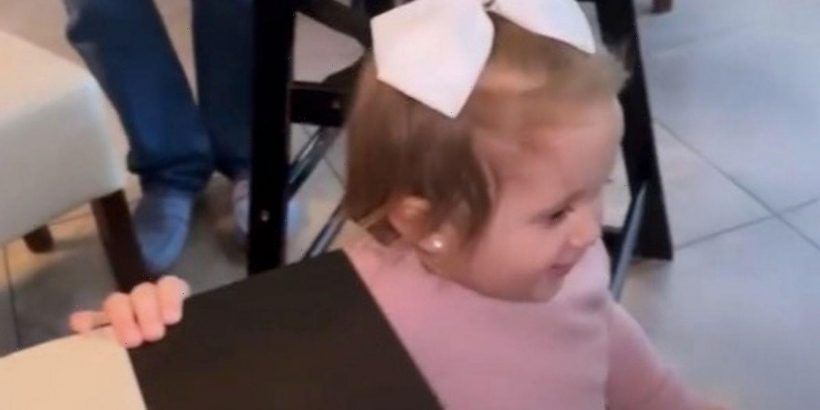 Lauren Goodger has revealed that she recently took her daughter Larose to get her ears pierced, saying she was “wracked with nerves” throughout the process.

But luckily, her 15-month-old daughter didn’t find the situation too much of an ordeal, with Lauren saying the tot “cried for 30 seconds” before being back to her usual happy self.

The former TOWIE star, 36, took to Instagram to update her fans about the experience.

She said: "So I got Larose's ears pierced yesterday, and everyone is asking how she got on. She was absolutely fine.

"I was obviously so nervous because I didn't want it to hurt her. It's something I've thought of for a long time."

The reality star then spoke about her basis for deciding where to get Larose’s piercings done, stating that she chose Claire’s Accessories.

Despite previously having reservations about the High Street store, Lauren was delighted with how she and Larose were treated by staff when they visited one of the shops.

She continued: "I was out yesterday and I've always said 'ooh no I wouldn't get it done at Claire's Accessories' but when I went in there and spoke to the girl and she made me feel really comfortable.

"I'm really glad that I chose to have them there when she was a baby because they were really gentle. They're really used to it and I think they do a lot of kids and babies, and Larose literally cried for about 30 seconds and then she was running around."

Lauren also explained her reasons for getting Larose’s ears pierced, telling her followers that her daughter hadn’t been bothered by her new small studs, even when it comes to cleaning them up to three times a day.

She said: "They look so pretty, so cute. I'm so glad I got them done now. It's kind of tradition to get your ears pierced young and she's only 15 months so not too young, but it's better than doing it when she's a toddler because they're not annoying her."