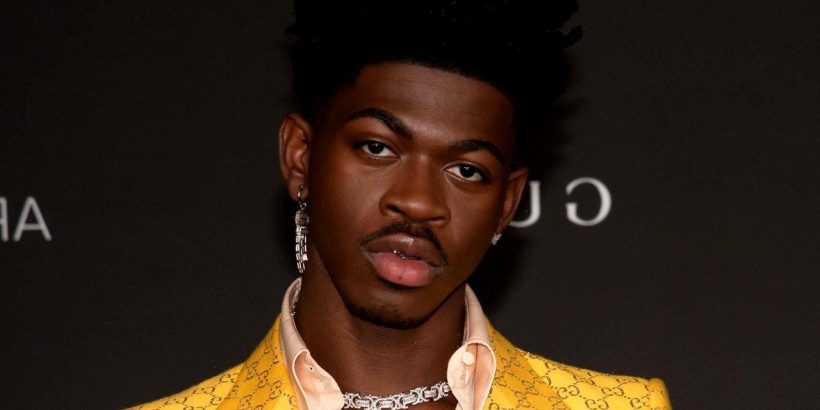 The ‘Industry Baby’ hitmaker lashes out at the award show as he didn’t land in any of the categories despite having released critically-acclaimed album ‘Montero’ last year.

AceShowbiz -After defying expectations that he would only be a one-hit-wonder, Lil Nas X feels that he still doesn’t get the recognition that he deserves. The Grammy Award-winning rapper was particularly upset after he was snubbed by BET Awards for this year’s ceremony.

When the nominations for the 2022 BET Awards were unveiled on Wednesday, June 1, the “Old Town Road” hitmaker didn’t score any. Learning of this, he quickly vented his anger via Twitter as he sarcastically wrote, “thank you bet awards. An outstanding zero nominations again. Black excellence!”

“I try to be humble so bad but it’s really f**k you to a lot of you n***as,” he added in a separate tweet. “I will be selling fish plates outside of the BET Awards this year.”

Lil Nas didn’t stop there as he accused BET Awards of snubbing black gay artists in general in a follow-up tweet. “Not even that, doesn’t even have to be me nominated. I just feel like black gay ppl have to fight to be seen in this world and even when we make it to the top mfs try to pretend we are invisible,” so he claimed.

When one person asked the “MONTERO (Call Me by Your Name)” emcee, “What have you put out??? & don’t use that gay s**t as an excuse don’t nobody care no more,” he replied, “Idk maybe 3 of the biggest songs of last year & a critically acclaimed album. I feel like that should’ve helped me a bit,” in reference to his debut album “Montero”.

Another user argued that Lil Nas didn’t deserve a BET Award nomination because he’s a pop artist as opposed to a hip-hop artist. To this remark, the star clapped back, “no offense but u are literally of Caucasian persuasion and trying to school me on an award show i’ve watched my entire childhood+ it’s not the hip hop awards + they have a pop category + ratio.”

Others seemed to agree with Lil Nas as they were upset that Jack Harlow, instead of Lil Nas, got nominated for Best Male Artist alongside Drake, Future, J. Cole, Kendrick Lamar, Kanye West and Lil Baby. “Jack Harlow got a BET award nom and Lil Nas X didn’t? During pride month? During Black Music History month? Is that what I’m seeing?” one fan called out the award show.

“Replace Jack Harlow with Lil Nas X please @BETAwards,” a second fan demanded. A third critic added, “BET is playing nasty by not even giving Lil Nas X at least ONE nomination. Lil Nas X had TWO number one singles with TWO large music videos that were critically acclaimed with 300+ million views. His songs were everywhere & still are.”

The nominations of the upcoming BET Awards are led by Doja Cat with six nods, followed by Ari Lennox and Drake who are tied with four each. The winners will be announced in a live ceremony that airs on Sunday, June 26 from the Microsoft Theater in Los Angeles.

Album of the Year

Video of the Year

Video Director of the Year

Sportswoman of the Year Award

Sportsman of the Year Award