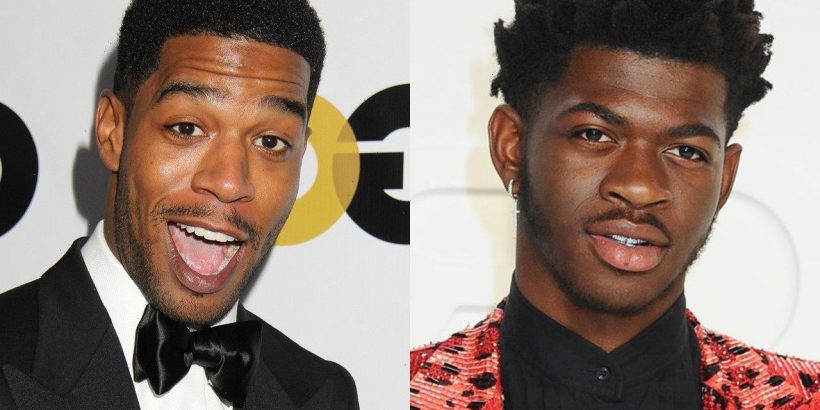 The ‘MONTERO (Call Me By Your Name)’ hitmaker is praised by the ‘Pursuit of Happiness’ rapper for being a ‘gay man in hip-hop doing his thing’ in a touching tribute.

AceShowbiz –Lil Nas X is among Time magazine’s annual list of the 100 Most Influential People. Following the honor, the “Old Town Road” hitmaker was praised by Kid Cudi for the work he’s doing in defying stereotypes and going against all odds, including breaking down the “homophobic cloud” over the hip-hop community.

In a touching tribute, Cudi wrote, “When I saw the tweet about Nas’ album ‘Montero’ not featuring Black male artists, and he replied that ‘maybe a lot of them just don’t wanna work with me’ that made me sad.” The 37-year-old rapper added, “There’s a homophobic cloud over hip-hop, and he’s going to break that s**t down.”

“We have to stand with him,” Cudi, born Scott Ramon Seguro Mescudi, continued. The “Pursuit of Happiness” rapper then vowed, “I’m going to do whatever I have to do to let him know — you have my support.” He elaborated further, “When we do our song together, however trippy the video is, let’s get sexy with it,” referring to their possible collaboration.

Showing his support to Lil Nas X, Cudi said, “What he’s doing is what we need right now. To have a gay man in hip-hop doing his thing, crushing records, that is huge for us and for Black excellence.” He went on to praise the “Industry Baby” artist as saying, “Lil Nas X is a new twist on some of the themes I was riding on when I first started out: being true to yourself and not giving a f**k what anyone says.” He added, “The way he’s unafraid to make people uncomfortable is so rock ‘n’ roll. He’s a true rock star.”

Earlier this month, Lil Nas X opened up via Twitter that many black male artists “don’t wanna work” with him on his album “Montero”, hinting at the homophobia that exists in the hip-hop community. Upon learning his tweet, Cudi replied, “N***a ill work w u and frolic in rose gardens w u singin about my pain.” Hours later, the “Sun Goes Down” spitter accepted the offer, tweeting back, “U heard it here, first everybody, kid cudi x lil nas for ‘Montero’ deluxe.”

Of his upcoming album, which will feature collaborations with Elton John, Megan Thee Stallion, Jack Harlow, Doja Cat and Miley Cyrus, Lil Nas X teased that fans will get “a lot of stories” about him. He went on saying, “You’re getting a lot of stories about my past and where I want to be in my love life. But they’re also a bop. I feel like I finally found a great balance between being as real as possible within my music and making a hit song.”