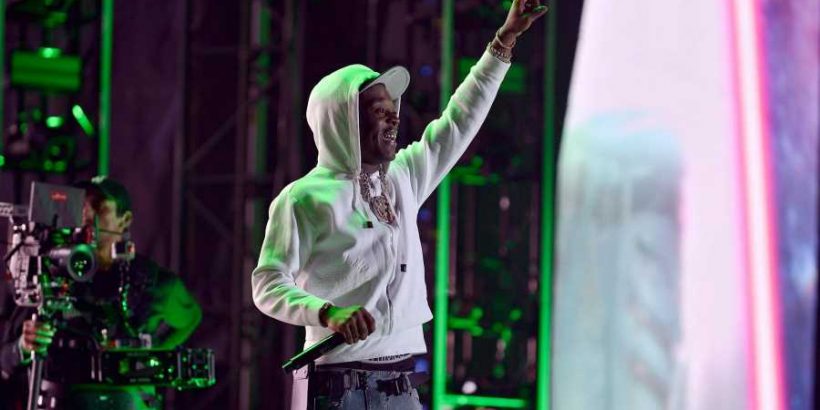 Lil Uzi Vert is reportedly purchasing a planet and, according to Yale astronomy professor Gregory Laughlin, it’s a steal.

The news of Lil Uzi’s latest acquisition broke via Grimes, who tweeted Wednesday: “Documentation almost complete for @LILUZIVERT to legally claim wasp-127b — this is huge! First human to legally own a planet.”

Given that Grimes once claimed her workout includes “2-4 hours in a deprivation tank,” we’ll take that statement with the proverbial salt grain. For his part, the rapper — who once sported a $24 million jewel in his forehead — seemed to confirm the purchase by replying: “I tried 2 surprise everyone. Still working on it.”

Lil Uzi Vert did not immediately respond to Rolling Stone‘s request for comment, presumably still filling out paperwork for his big purchase.

Laughlin — who developed a formula that calculates the worth of a planet — is not aware of any current processes by which someone can buy a heavenly body. “No legal ownership framework or regulated Earth-based exchange currently exists for the purchase of exoplanetary assets,” he tells Rolling Stone. “At present, any purchase (either for investment or speculative purposes) would need to be arranged through an off-Earth venue. I remain unaware of the existence of galactic exchanges for planet trading, but that in itself, of course, does not preclude their existence.”

Still, he wagers that WASP-127b — a gas giant discovered in 2016 — is the perfect starter planet. “From a valuation standpoint, I would recommend that prospective buyers for WASP-127b keep in mind that the planet’s proximity to its host star renders it uninhabitable to carbon-based life,” he says. “The large energy flux that WASP-127b receives from the star leads to low energy costs for any data centers orbiting the planet, but the associated requirements for cooling infrastructure likely mean that the planet is cost-ineffective as a center for high-throughput computation. I would expect that other recently detected extrasolar planets, including Proxima b and Kepler 186-f, would likely command much higher prices than WASP-127b, potentially making it a bargain for a first-time planet buyer.”

We eagerly await our invitation to the planet-warming party.