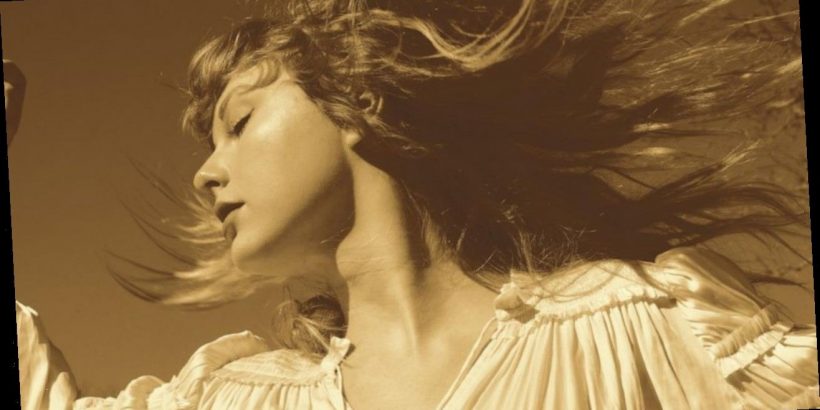 The re-recorded version of “Love Story,” which first came out in 2008, was released on Thursday night, hours after the 31-year-old singer shared the news on Good Morning America. The latest version is a bit softer than the original track.

The lyric video, posted on her YouTube, featured throwback photos and personal video of Swift during what appears to be her Fearless era. Check out “Love Story (Taylor’s Version).”

“With love to all of my fans,” Swift also writes in the visual.

During her GMA appearance, Swift also shared that she’s finished re-recording the entire Fearless album and that it “will be coming out soon.” The new edition, called Fearless (Taylor’s Version), will feature six new songs.

She also shared what the Fearless era means to her, writing that “a completely involuntary smile creeps across my face” when she thinks about it. In a hidden message within the cover debut post, Swift revealed that Fearless (Taylor’s Version) is due out April 9.

“This was the musical era in which so many inside jokes were created between us, so many hugs exchanged and hands touched, so many unbreakable bonds formed,” she wrote. “So before I say anything else, let me just say that it was a real honor to get to be a teenager alongside you, and for those of you I’ve come to know more recently than 2008, I am ecstatic that I’ll get to experience a bit of that feeling with you in the very near future. Now that I can fully appreciate it in its whimsical, effervescent, chaotic entirety.”

The GRAMMY winner was free to re-record her old songs in November. In July 2019, Scooter Braun bought the rights to her records recorded with Big Machine. Swift, who was disappointed with the sale, then penned a passionate open letter condemning Braun and Big Machine and kicking off a highly public feud.

According to Swift, however, even though she couldn’t own her original masters, her contract allowed her to re-record her music at a point in the future. Swift then announced that she planned on re-recording her first five albums when the time came.