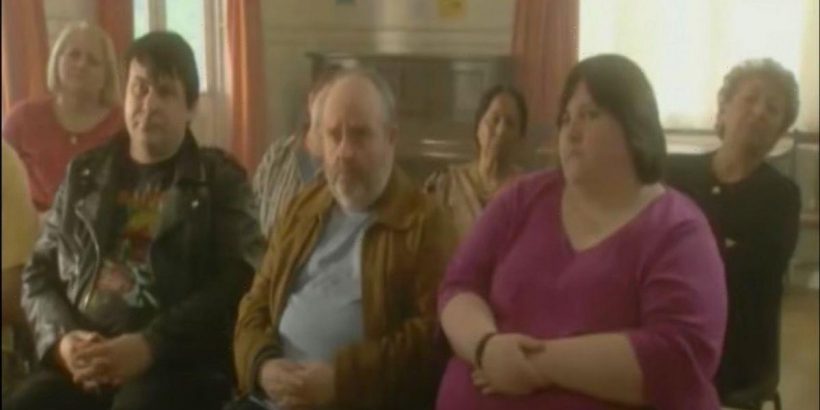 The BBC star played 'Fat Pat', who was regularly targeted with abuse for being overweight by Majorie who was played by Matt Lucas in the BBC comedy.

Since starring as Pat in 2003 the actress has never looked better and is completely unrecognisable as she now sports a blonde bob.

The 51-year-old left the series in 2006 and has made appearances in two BBC shows, the award winning comedy The Office and the long-running hospital drama Casualty.

During a memorable scene on Little Britain when Marjorie draws Pat as a pig, she has had enough of being the targets.

She says: "You know what, I don’t need this anymore.

“I’m not losing weight. Every time I come here, you’re horrible to me. I’ve had enough."

Earlier this year, Joann performed a one-woman show as part of a festival and used personal anecdotes to highlight assumptions and judgements made about her based on looks, age, gender and background.

The show was described as “funny, touching and at times heartbreaking,” by London Pub Theatres as the star explored the boxes she has "found herself in," including dreams of a child, frustrations of acting, tensions of being a parent and the grief of losing a loved one.

The Little Britain show which Joan found fame on has faced serious criticism after making blackface normalised in its sketches.

After the Black Lives Matter movement Little Britain and Come Fly With Me are no longer available to watch on the BBC iPlayer, Netflix and BritBox.

A spokesperson for the BBC explained why both shows were removed, saying: "There's a lot of historical programming available on BBC iPlayer, which we regularly review.

"Times have changed since Little Britain first aired, so it is not currently available on BBC iPlayer."