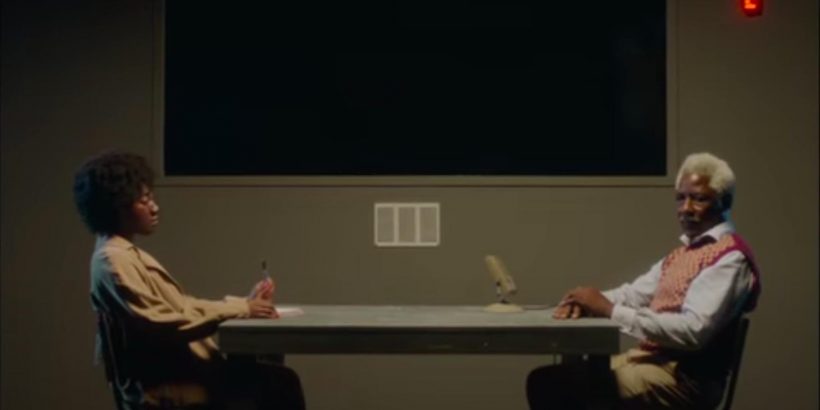 London rapper Little Simz has shared the music video for “I Love You, I Hate You,” a standout track from her latest album Sometimes I Might Be Introvert that finds her tackling the topic of parental strife.

Directed by Jeremy Ngatho Cole, the visual uses art to address resentment and regret. Interjecting the image of a father-daughter duo sitting on opposite ends of a table with dozens of paper scraps attempting to confront buried feelings spread between them, Little Simz delivers the scathing lyric: “Are you a sperm donor or a dad to me?”

In an interview with Rolling Stone, the rapper shared: “As much as it’s written about him, it’s not about him. It’s about me and my feelings about it all and how this is affecting my relationships in my life.”

She went on to explain that the creative and personal growth she experienced between the release of her first album in 2015 and her fourth just last month is what allowed a song like “I Love You, I Hate You” to exist in its current form.

“I don’t think I was emotionally mature enough to tackle something like that. Had I released it then, it probably would’ve just been lots of ‘Fuck you.’” she said. “This time around, even though that energy is there, it’s also me acknowledging: ‘Well, actually, you were just a boy and you probably had your own childhood traumas or things that you had to deal with in your life that I am not aware of, which could’ve led to why you wasn’t able to be a good father.’”