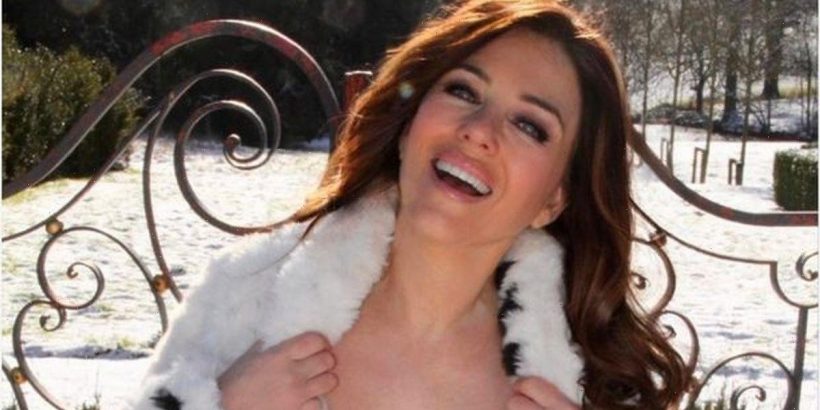 Liz Hurley blew binds 25 years ago as she played the jaw-dropping spy role of Vanessa Kensington in the hilarious hit move Austin Powers.

The bombshell, who was already a household name as a catwalk model, took audiences by storm as she tackled the acting world alongside Canadian actor and comedian Mike Myers.

At the time when Liz had landed the role she was actually dating movie star Hugh Grant is said to have 'punched the air' with joy when his girlfriend got the part.

In a previous interview with Hollywood Reporter, Liz explained: "My agent called and said Mike Myers wanted me to star with him in a new movie.

"I was with my then-boyfriend Hugh Grant, who punched the air with excitement. He said Mike was one of the funniest comedians on the planet."

With a quarter of century now past since the film's debut, Daily Star has decided to celebrate the starlet Liz who made the film something quite special with her eye-popping ensembles.

To mark the occasion, we are sharing Liz's sexiest moments of all time.

Liz, who grew up in the suburbs of Basingstoke in Hampshire, left little to the imagination as she sizzled in the pool in a bikini from her own swimwear range.

As well as being a super-hot model and actress, the starlet is also a high flying businesswomen and owns her own fashion collection – Elizabeth Hurley Beach.

Having the expertise in front of the camera, Liz is also at the forefront of all modelling shoots for her own beachwear.

The British beauty knows how to command attention, that's for sure.

Leaving very little to the imagination, Liz took to social media with a head turning image.

Posing in the snow, Liz rocked a flimsy pair of white bikini briefs but failed to wear a bra.

Covering her modesty in the sultry snap, the movie star popped on a fur jacket that gapped open to expose her sensational curves.

Liz first rose to fame as Vanessa Kensington in Austin Powers: International Man of Mystery, which was released in 1997.

The brunette bombshell commanded attention in the film with her skimpy outfits, quickly cementing herself as a sex symbol.

In one scene, Liz donned a skimpy silver dress with a very high hemline, showing off her toned legs as she completed the look with thigh-high boots.

Clinging onto Austin, the star showed off her toned figure in the skimpy dress as fans were left very hot under the collar.

Sending temperatures soaring Liz left no curve uncovered as she smiled for the camera while wearing a stunning frock designed by the fabulous Donatella Versace.

The striking gold and sparkling garment was cinched-in, in all the right places and fitted the model's slender proportions like a glove.

Sharing a number of scorching snaps and a red hot video of herself modelling the sleek-fitted gown, Liz penned: On our way to the fabulous #@versace @fendi @mrkimjones @donatella_versace.

It seems the movie stars talents are endless, as Liz recently announced to her huge online following that she was also an animal rescuer.

Having enjoyed a sizzling time away in far flung and tropical location, the Austin Powers star announced that she'd saved two starfish that had been washed up on the beach.

Getting her loyal legion of admirers fired up with a red-hot snap, Liz posed in a turquoise blue chain bikini as she held up the defenceless marine animals she'd saved.

It's been quite a tough few years for Liz who has lost a number of friends and former flames.

To celebrate her dear friend and photographer Patrick De Marcher, who died at the age of 78 on March 31st 2022, Liz took to Instagram with a number of snaps to showcase his work and her time spent with him.

One striking snap sparked quite a lot of attention which saw Liz pose completely naked poolside as she laid herself bare in front of the famed photographer.