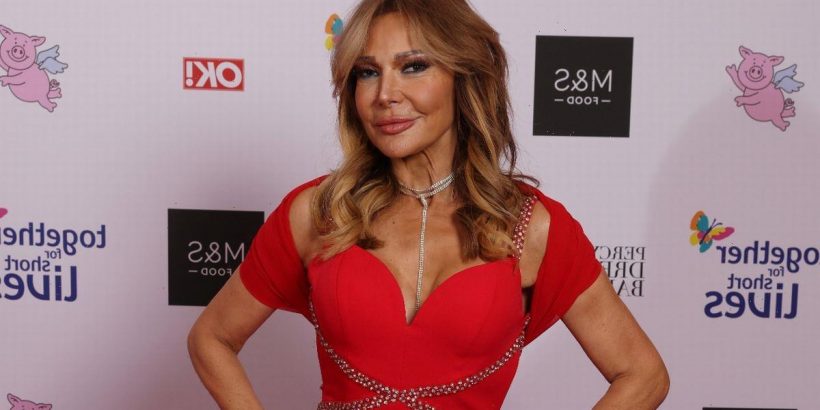 Former WAG Lizzie Cundy has opened up about time she woke up in presenter Rylan bed after a drunken night out.

The 53-year-old TV personality spoke about her wild antics exclusively to Daily Star as she rocked up at the Together For Short Lives Ball, that took place in London on Tuesday.

Last month, TV host Rylan revealed that he had a fellow celeb in his bed after boozing hard for his 33rd birthday.

Lizzie explained: "I was the guest that wouldn't leave, the drunk guest, that was me.

"It was great, we had great fun. I didn't want to go home. He made me so welcome, I love Essex where he lives.

"We were together on Big Brother's Bit on The side, I love his mum, I feel like I'm part of the family.

"I'm like that auntie who will not go away."

She also told us that she was supporting Coleen Rooney following her husband Wayne's alleged cheating allegations.

The socialite openly chatted to the Daily Star about claims surrounding footballer Rooney at the Together For Short Lives' Ball which took place in London on Tuesday.

Lizzie said: "Well yeah, I've known Coleen for a long time and she's a lovely girl, she's a lovely mum and it's a shame both girls are having to go through this and I hope they get settled soon.

Explaining how often she would chat to Rooney's wife, she said: "We'd speak and I'm there as a supportive friend but it's a shame that it's happening."

The ageless beauty also went on to reveal her special secret to looking so good, which she put down to "late nights, alcohol and young men".

When asked how it feels to be a pin-up girl, Lizzie said that's it's "unbelievable".

She said: "At my ripe old age! I know it's unbelievable, but I don't know. I actually feel better when I got to 50 than ever before.

Lizzie continued: "[I feel] more confident in myself. I know I've got to do a bit of fitness but you know, I just enjoy life and I've definitely got it."