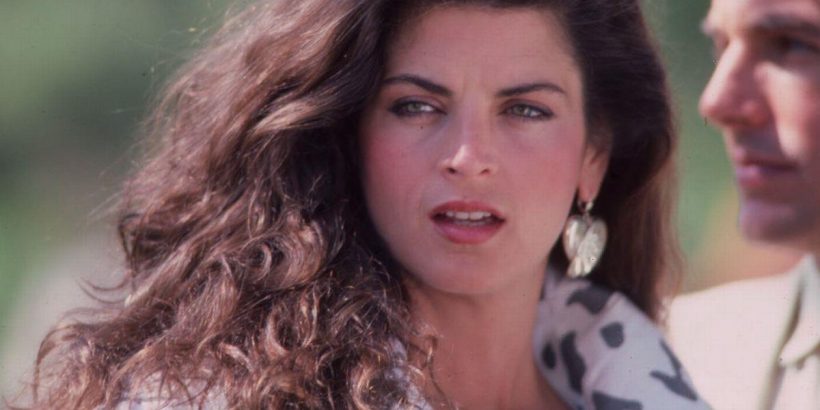 Look's Who's Talking actress Kirstie Alley has died at the age of 71 following her battle with cancer.

The news was announced via a Twitter post written by her family in the early hours of Tuesday (December 6).

The award-winning actress, best known for her roles in starring alongside John Travolta in Look Who's Talking, as well as US sitcom Cheers, had only recently discovered she had cancer.

In the statement released on Twitter, her two children, Lillie and True, said she was surrounded by her closest family at her time of death.

It read: "To all our friends, far and wide around the world… We are sad to inform you that our incredible, fierce and loving mother has passed away after a battle with cancer, only recently discovered.

"She was surrounded by her closest family and fought with great strength, leaving us with a certainty of her never-ending joy of living and whatever adventures lie ahead.

"As iconic as she was on screen, she was an even more amazing mother and grandmother.

"We are grateful to the incredible team of doctors and nurses at the Moffitt Cancer Center for their care.

"Our mother's zest and passion for life, her children, grandchildren and her many animals, not to mention her eternal joy of creating, were unparalleled and leave us inspired to live life to the fullest just as she did.

" We thank you for your love and prayers and ask that you respect our privacy at this difficult time."

Fans took to social media to comment on the star's death, paying tribute to Kirstie and her work, with one writing: "I’m so unbelievably heartbroken. Kirstie Alley was such an amazing person. Blessing and love to her family and friends."

A second commented: "I’m so very sorry for your loss. And what a loss for the world, too. Kirstie will be missed but she is far too bright a light to ever burn out. Have a blessed journey, beautiful."

A third penned: "I don’t pay much attention to celebrities but Kirstie was so funny, sincere, & refreshingly not-woke. I’m so sad to hear this & sorry for her family’s loss."

Kirstie rose to fame in 1987 when she took on the role of Rebecca Howe on Cheers, with her performances leading to a Golden Globe win for Best Actress as well as an Emmy for Outstanding Lead Actress in 1991.

She earned her second Emmy in 1994 for her portrayall of Sally Goodson in David's Mother.

This is a breaking news story and is being constantly updated. Please refresh the page regularly with the latest news, pictures and videos.

You can also get email updates on the day’s biggest stories straight to your inbox by signing up for our newsletters.

Get all the very best headlines, pictures, opinion and video on the stories that matter to you by following Daily Star every time you see our name.

Keep up-to-date with your must-see news, features, videos and pictures throughout the day by following us on Facebook at facebook.com/thedailystar.