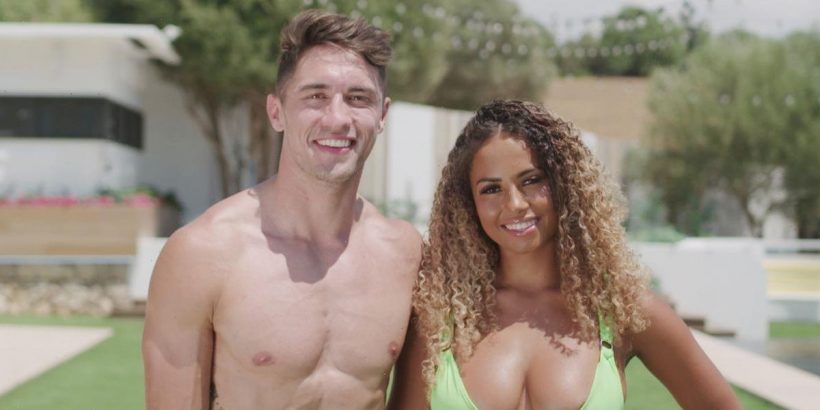 Love Island winner Greg O'Shea has revealed he feels "sick to this day" after turning down six-figure modelling contracts.

Joining the villa as a late bombshell, Greg went on to win the series with Amber Gill and quickly soared to fame – though the pair shocked the nation by splitting within five weeks of their Love Island win.

In the wake of his break-up with Amber, Greg turned his back on the spotlight and recently opened up about his decision to ditch the usual career trajectory taken by contestants post-show.

During an appearance on The Laughs of Your Life with Doireann Garrihy podcast, Greg explained how he failed to take the well-trodden path of other Love Island stars by not moving to London.

The Irish native also shared his regret at "turning down a number of six-figure modelling contracts", confirming he'd "said no" to hundreds of thousands of pounds.

Greg said: "Obviously after the show, I didn’t follow the path you're supposed to.

"The unwritten rules of you win the show, you move to London, you do the red carpet events, you’re the it couple and you kind of lowkey promote the show.

"I had those six figure deals sitting in front of me and I said no to them.

"It makes me sick to this day… if you knew how much money I turned down, honestly, oh my god.”

Following their sudden split, Amber later confirmed that Greg had dumped her over the phone and on the same podcast, Greg shared his regret at dumping Amber so shortly after their show success.

Confirming he had split with Amber on FaceTime, he added: "I should have bit my tongue a bit longer and stayed in the relationship with Amber a bit longer.

"I was just way too honest and way too focused about going to the Olympics at the time, which worked because I did go in hindsight but when she posed the question to me being like, ‘you’re obviously gonna ask me to be your girlfriend, are you?’

“I was like, ‘but sure how is this gonna work? I’m trying to train to go to the Olympics, you’re in the UK, you’re the ‘it’ girl, everyone wants a bit of you.'

Earlier this year, Amber surprised fans by revealing she and Greg had fallen out hours before their Love Island final.