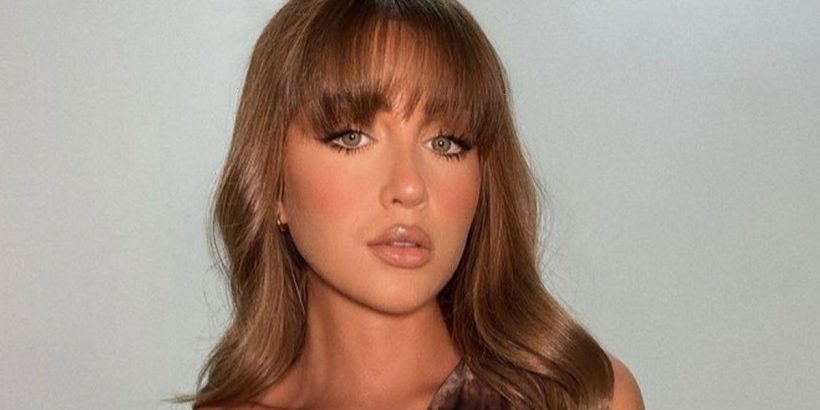 Georgia Steel has left fans speechless by posing in a slashed bodysuit.

The Love Island star, 24, is known for sharing sizzling snaps with her masses of online followers.

Posting to her Instagram stories earlier this week, Georgia continued that trend with a racy bodysuit snap.

READ MORE:Love Island star claims she was told to wear thong while Jess and Eve were banned

Sporting her newly acquired fringe, the brunette beauty put on a bronzed display while posing in the asymmetric brown one-piece.

With one shoulder bare, Georgia's toned abs were on full display in the sizzling image.

Georgia wore her hair in a wavy style in the smoking picture.

She completed her look with dark eye makeup and a nude lipstick while staring into the camera lens.

The gorgeous snap comes as Georgia confirmed she is "best friends" with a Love Island star from a different series.

Georgia appeared in the fourth season of the ITV2 dating show in 2018.

Posting once again to her Instagram stories, Georgia confirmed her close relationship with Cally Jane Beech.

Cally Jane appeared on the first season of the ITV2 dating series when she made an unexpected appearance to join former boyfriend Luis Morrison.

Asked by a fan if Georgia was her best friend on a recent Instagram stories Q & A, Cally replied: "She sure is. We are the same person literally lol. I appreciate her a lot. Soul sisters."

Georgia reposted Cally's answer alongside the caption: "Love you my girl."

The sweet confession follows Georgia recently telling Daily Star that she needs a partner who will "accept" her racy career choice.

"But I am really enjoying my life at the minute, just focusing on my career, and I've got my house and I love my own company so it would have to take someone super special now to be in a relationship."