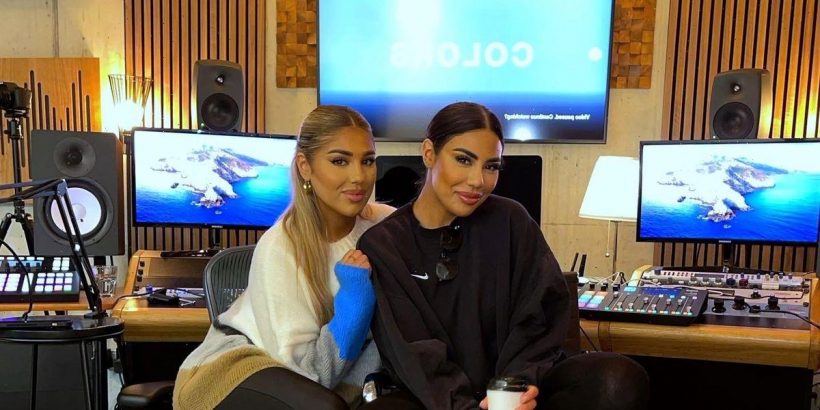 Love Island's Anna Vakili has claimed that she was arrested for fighting in the street with her sister – after calling the police herself for something else.

The TV beauty said she contacted police after a night out in London last year over fears she was going to be kidnapped.

But Anna and her sister Mandi started rowing in the meantime and she says when officers turned up they were arrested and ended up in a cell overnight.

Speaking on her podcast, she said that she and Mandi "sometimes have a bit too much to drink" on nights out and "end up getting into arguments with each other".

"Not long ago we ended up spending the night in jail," she said, saying it was 14 hours in total.

The pair apparently got "arrested for fighting each other", although they said it wasn't really a physical fight.

Anna said she had the "tiniest little scratch" on her neck, adding: "The worst part of this is, that I called the police!"

The star said she was handcuffed outside swanky hotel The Dorchester and the sisters reckon police knew Anna was a celeb.

"I was in the back of the police van with handcuffs on, and I could see at the front that they were Googling my name," she said.

The curvy reality star, 31, said when she was interviewed she told the officers that she loved her sister more than anything.

"The next morning during my video interview, I was like, 'I am going to sue you, this is my sister'," she said.

"I was saying, 'Have you never had a fight with your sister? I love my sister more than anything in this world!'"

A spokesperson for the Metropolitan Police told the Daily Star: "Police were called at approximately 00:06hrs on Sunday, 11 April to reports of a disturbance in Park Lane, W1.

"Officers attended and spoke to a witness who reported seeing two women involved in an altercation.

"No injuries were reported.

"Two women, aged 29 and 30, were arrested on suspicion of common assault and taken into custody. Following enquiries it was established that no further action was necessary and both were released from custody."