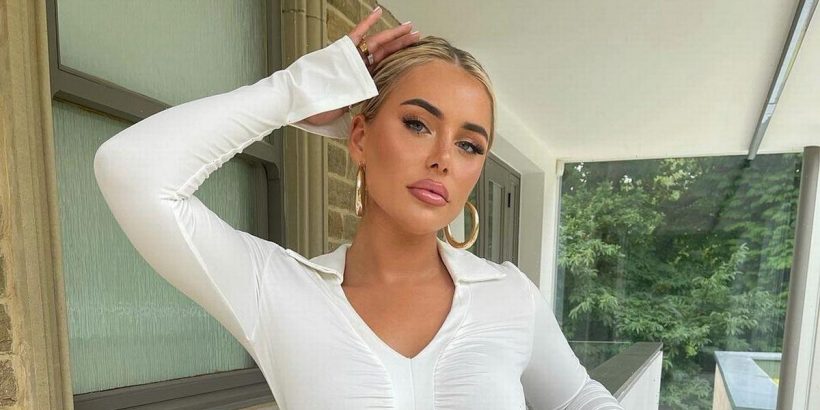 Love Island’s Ellie Brown has broken her silence over photographs of her hanging out with Jack Grealish and rumours she was flirting with the star.

The 23-year-old shot to fame on Love Island season four back in 2019 and survived four weeks in the villa before being dumped.

She hit the headlines this week after she was spotted partying with the 25-year-old footballer in Manchester.

Jack has stayed very private about his romantic life, and it's currently not known whether his long-term romance with childhood sweetheart Sasha Attwood is off or on.

But Ellie has slammed suggestions that she could be dating the Man City player.

She took to Twitter on Wednesday to blast reports that she and Jack had enjoyed a fun night flirting with each other.

Ellie claims that the pair had merely crossed paths while on the way to the loo, right as a paparazzi managed to catch a picture of the two of them.

She retweeted an article with the headline: “Jack Grealish parties with Love Island’s Ellie Brown during wild night out.”

Setting the record straight, she replied: “This ‘party’ was an event and If you know the venue that’s where the toilets are.

“Must of said hi for all of 30 seconds but you of course never fail.”

Ellie and Jack were papped at Manchester’s Peter Street Kitchen – before reportedly heading to iconic club Chinawhite soon after.

A source had told The Sun: “Drinks were flowing and they were flirting like mad. At one point they nipped outside for a quiet chat with some friends.

“Later on in the evening, Jack was going to Chinawhite with some of his footballing pals, including teammate Riyad Mahrez and Danny Simpson. Ellie ended up in the same club as them with her pals.”

But a source close to Ellie said: “There is nothing between Ellie and Jack. She merely bumped into him outside the event. They have mutual friends.”

It comes after reports that Jack had been liking the photos of another Love Island blonde bombshell, Lillie Haynes from this year’s series.