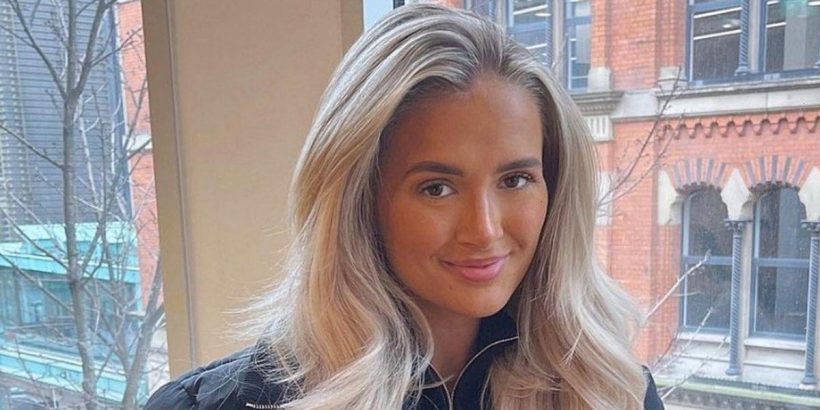 Molly Mae Hague is still flexing her luxury lifestyle despite being the victim of a terrifying burglary – and saying she would be holding back on social media.

The Love Island icon – who has more than 6million followers on Instagram alone – was victim to a gang operated theft which left her and boyfriend Tommy Fury’s Manchester apartment completely “ransacked".

This weekend she took to Instagram, to take eye-watering pictures of her fabulous luxury lifestyle.

While out and about for the day, she took a picture from insider her £32,000 Range Rover Velar by Urban Automotive.

In the picture that was uploaded to her Instagram story, she flaunted her iPad, Chanel handbag and Prada sunglasses, which were laid out on the passenger seat.

More than £800,000 worth of their luxury items were stolen in the raid, where their home was completely emptied.

The robbery left Molly and Tommy “heartbroken” and Molly said it was the “worst thing” that happened to them.

She was targeted for a second time recently at the PrettyLittleThing fashion show, where her camera was stolen.

Despite telling her audience that she needed “to be more careful” about what designer goods she shows off in front of her fans, she doesn’t seem to be letting that stop her.

After the first robbery, she said she would be more cautious about what she shared online and had ruled out doing a house tour of the apartment that was robbed.

However she has made a Instagram page for her and Tommy’s new house, called Molly Maison.

Meanwhile, her camera was taken at the beginning of April, Molly telling her fans it was brand new and she had bought it that week.

The loss had left Molly feeling “devastated” because she had lost all her precious footage from the show.

Molly has also taken to showing off the interior of the Love Island couple’s £4 million mansion, based in Cheshire.

In the caption of the picture, Molly asked her followers for help in finding a huge piece of artwork to sit on the blank wall behind her.

More than 2,000 followers flocked to offer Molly advice, and even offer to make some art for her.

Other interiors of the property featured on the Molly Maison account include a Hermes blanket worth £790, luxury candles including Dior, Diptyque, Jo Malone and Loewe.