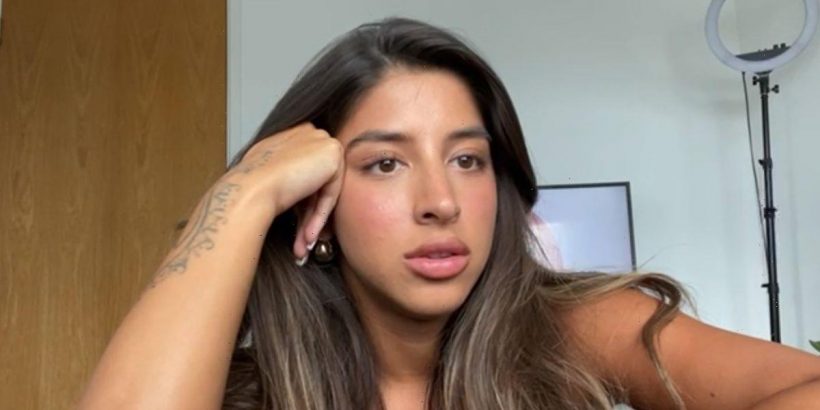 Shannon Singh has been spilling the beans about what goes on in the Love Island villa with those phones that viewers always ask about.

The infamous "I've got a text" cry aside, many of the Islanders are often seen holding a phone during the show's footage.

Now stunning Daily Star Page 3 girl Shannon, 23, has lifted the lid to talk about what really goes on behind the scenes on her Twitch channel.

The Scottish star was answering questions from fans during her video chat live-stream.

One asked her about the phones, and whether they have the time on the screen, as Islanders are meant to be kept in the dark about how late or early it is.

"OK, so inside scoop from inside the villa! I've seen loads of like conspiracy theories that we actually do know the time and stuff.

"The phones are literally just programmed with a group chat of everyone, so that people can text each other.

"They definitely don't have the time, nobody tells you. You're not allowed to know."

She added: "You do get messages, texts between you all are allowed."

The beautiful brunette didn't get to stay in the villa for long, after she was brutally dumped.

"So with the phones you communicate with other Islanders, and also find out you're getting dumped like I did" she joked, putting her hand up to signal it was her.

She laughed: "Honestly, some of the conspiracy theories that I've read. I just think it's hilarious."

Many fans kept asking about the time thing, and Shannon revealed just how late it was when she was kicked out.

"You don't seem to realise that I the text and then you pack up straight away," she explained.

It seems even more brutal than we see on screen: "You have to leave as soon as you get the text. You say bye, and then you're out."

For more of the latest Love Island news from Daily Star, make sure you sign up to one of our newsletters here.

"I got out and I got in the taxi and I was like, 'Oh, what is the time?' It was like 10 past four in the morning! I was mortified," she exclaimed.