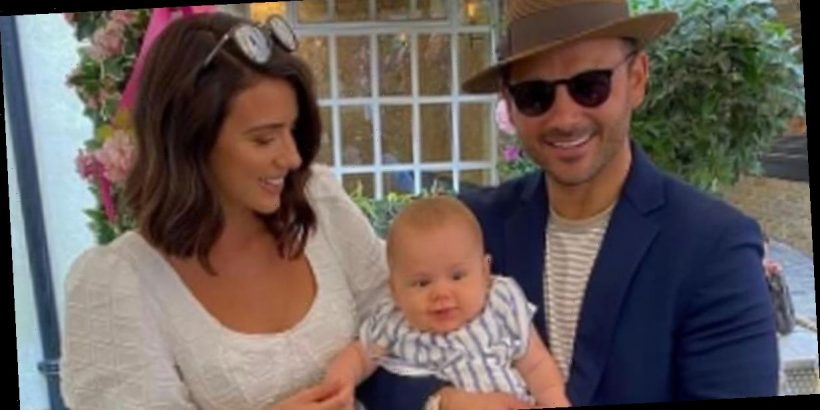 Lucy Mecklenburgh has admitted lack of sleep with their new baby “built up resentment” with partner Ryan Thomas.

The 29-year-old Instagram followers Roman with Ryan last year and recalled the sleepless nights that came with being a new mum.

She shared an information graphic about sleep deprivation to the 1.7million Instagram followers and captioned it: “I wish I'd have seen posts like this in the first six months.”

The graphic listed things which lack of sleep could lead to, including “built up resentment because my partner is getting more sleep”.

Others featured were “lead me to be impulsive and aggressive” and “cause irritability when my child wakes through the night”.

Ryan recently admitted to having a sneaky snooze whilst Lucy was busy changing their son.

Speaking on his podcast, Mancs on the Mic the 36-year-old said: “I fell asleep on the couch last night and it was the most peaceful sleep I've ever had in my life.

“Then Lucy comes in and she goes, ‘What are you doing?’ And I just looked at her in shock like I'd seen a ghost and I was like, ‘I'm SLEEPING!’”

Ryan went on to say that the event was a rare occurrence because usually he is unable get to sleep so quickly.

He said: “I struggle with sleep so much and I appreciate my sleep so much more now. I’m not the best sleeper at times. If I can sleep, I’m the happiest man in the world.”

The actor previously praised Lucy for all she went through during pregnancy and becoming a mother, saying watching her is “inspiring”.

He said: 'It's just incredible what a woman can do. To go through the pregnancy, the birth, learning to feed, it's really inspiring to see.

'It's brought us closer together, 100 percent. I'm so impressed with the way she's taken to it. I love her even more now because she's the mother of my child, so it feels unconditional between us now.'

The TOWIE star also took to her Instagram Stories to blast influencers who promote restrictive diets to new mums to get back in shape after giving birth.

"What's the point of just giving birth and going on a shake diet, like meal replacement shakes and things like that? I don't understand.”

She continued: "Who's advising them? Who's suggesting this is a good idea? It really upsets me because when you've just had a baby you just grab whatever you can, for me it was tea, toast, coffee, and Ryan was amazing, he'd make me some nice meals most days.

"But other days it was just tea and toast and that was fine. You're so sleep-deprived the last thing you want is another pressure to lose weight straight away and go on a restrictive diet. Especially if you're breast feeding, you're not meant to do that anyway."