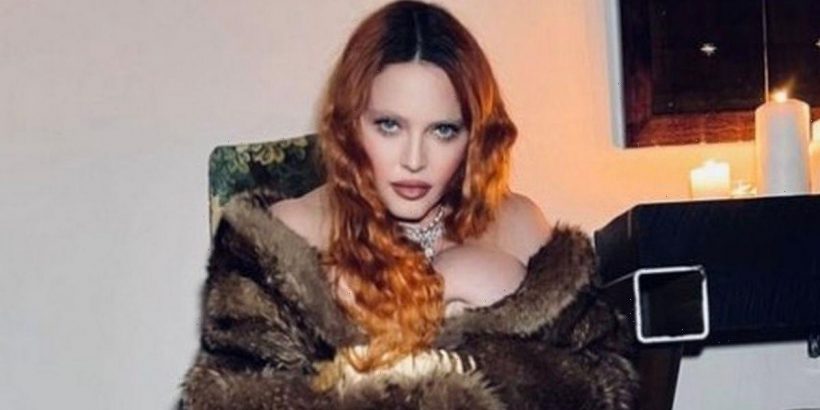 Madonna wowed fans with a series of raunchy throwback pictures from her 1992 SEX book.

Taking to her Instagram stories, the 64-year-old Queen of Pop shared the photos, one which showed her biting at a male model's nipple piercing, sultriling looking up into the model's eyes.

In another photo, Madonna channels her inner Marilyn Monroe wearing a white pearl necklace but bizarrely holding a man by a leash attached to his neck.

READ MORE: Kerry Katona says Brian McFadden was ‘worst thing she ever put in her mouth’

She tagged Yves Saint Laurent, the fashion house that would be republishing her controversial SEX book.

When the book was first issued in 1992, it caused uproar amongst fans and critics alike. It was released alongside her Erotica album and caused a cultural reset in the ideas of how pop stars were meant to behave.

Upon it's initial release, it was the New York Times bestseller for three consecutive weeks.

30 years on, Madonna will re-release the book with the help of Saint Laurent creative director Anthony Vaccarello at the annual Art Basel Miami Beach.

Just last week Madonna posted more promotional shots for the reissue, including snaps of her in a tight fitting beige corset and fishnet tights.

With only a fur coat acting as cover for the ensemble, the award-winning singer par the outfit with bejazzled square sunglasses, tiny, nude-colored bottoms, gold-colored, satin gloves and an assortment of blingy necklaces.

In response to her book, Madonna took to Instagram to share how she believed she had paved the way for celebrities like Cardi B, Kim Kardashian and Miley Cyrus. She wrote: "I wrote about my sexual fantasies and shared my point of view about my sexuality in an ironic way. I spent the next few years being interviewed by narrow minded people who tried to shame me for empowering myself as a Woman.

"I was called a wh**e, a witch a heretic and the devil. Now Cardi B can sing about her WAP. Kim Kardashian can grace the cover of any magazine with her naked a** and Miley Cyrus can come in like a wrecking ball," Madonna continued.