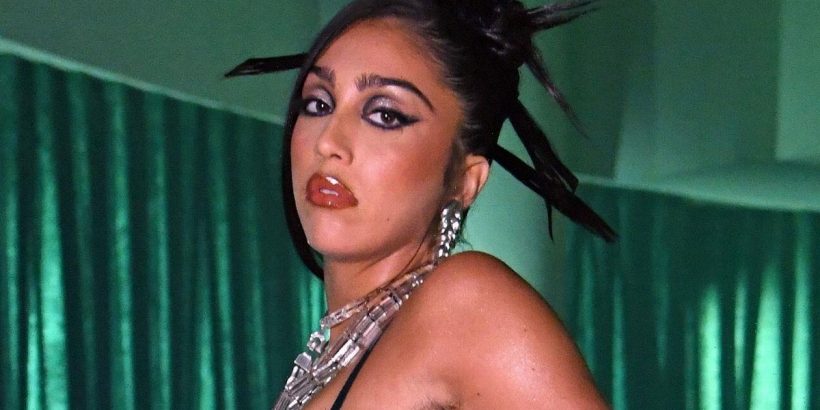 Madonna's lookalike daughter Lourdes Leon is turning 25 and to celebrate that milestone, Daily Star has taken a look back at her hottest ever moments.

The beauty is Madonna's, 63, oldest daughter with who she shares with fitness trainer and actor Carlos Leon.

Lourdes' parents begun dating in 1995, however split two years later in 1997 when she was just seven months old.

The pair reportedly met while out jogging in New York when Carlos, 55, was a personal trainer to the A-list clientele.

During her early years, Lourdes remained mostly out of the spotlight but in her recent reclaimed era, she has been spotted across several runways and secured many high-profile modelling jobs.

Lourdes made her catwalk debut in 2018, walking at New York Fashion Week for Gypsy Sport's Spring 2019 show and has since turned heads at more shows including Rihanna's Savage x Fenty Vol 3. show.

Alongside modelling, the star launched the Material Girl clothing line in 2010 in collaboration with her mother – where she worked as a creative director.

Lourdes, or Lola if you're on friendly terms with her, has reportedly been dating Jonathan Puglia for four years.

But her first boyfriend was actor Timothée Chalamet who she met at Fiorello H. LaGuardia High School of Music & Art and Performing Arts in Manhattan.

She's proved she's no material girl and has made a name for herself upon her own successes, so let's take a look at some of her finer moments…

The star showed off her modelling skills at Milan Fashion Week when she was dressed head-to-toe in Versace.

The beauty wore a floor-length silver cut-out gown that left little to the imagination, which she paired with black strappy heels and lots of blingy jewellery.

The week before her Milan strut, she also starred in Rihanna’s star-studded Savage x Fenty show in New York.

The star has 214k followers on Instagram and thrilled her fans with a series of steamy pictures of her in teal-coloured latex.

This was her Savage X Fenty debut and she certainly made sure to start out with a bang as the model sizzled in thigh-high latex boots and matching undies.

She 100% made an entrance as she wowed fans in the jaw-dropping ensemble.

To top off the outstanding outfit, she styled her long brunette locks into an intricate updo and pulled out large strands of hair that framed her face.

This summer, she looked sensational as she flaunted her curves in this tiny green bikini.

The singer could be seen glowing beneath the sunshine with a sweet smile on her face as she uploaded the snap to her Instagram Stories.

To match with her sage green swimwear, she opted for a green Gucci bucket hat, two gold necklaces and a sparkling belly button piercing.

Her luscious brunette locks were parted in the middle braided into two thick plaits.

With a natural makeup look, Lourdes posed with a glint in her eye and boasted a rosy blushed complexion.

The star smiled delicately as she posed for the camera with a hand behind her back and her bag on her shoulder.

Last month at the recent Met Gala, Lourdes showed off her fabulous figure in a pink studded two-piece dress.

Madonna’s eldest kid made her first appearance at the iconic event and as usual, made sure all eyes were on her.

The starlet even treated the paparazzi with some expressive shots, posing with her tongue stretched out, along with some armpit shots showing off her underarm hair.

The strappy number did wonders on the red carpet and led to swarms of comments on social media bigging up the star's style.

Lourdes stripped down to her lingerie as she flaunted her curvaceous frame while posing up a storm in a Juicy-themed bedroom.

Gazing behind her, the raven-haired beauty smouldered for the camera while resting a perfectly manicured hand on her shoulder.

Pushing her peachy derriere out, Lourdes cheekily posed with the word 'Juicy' taking centre stage across her bottom.

She paired her look with a silky floral crop top that covered her chest before being tied around her neck.

Madonna set the bar high when it comes to sexy fashion shoots and now her daughter has also followed her example in a series of racy bedroom snaps.

In one shot, she posed wearing a colourful g-string and tasselled dress in different shades of purple, with some sky-high heels.

She had blue body art on her back showing a stairway to heaven design, as she crouches in front of a bed.

The model posed in a pair of black heels as she flashed her bum, which was blurred to protect her modesty.

In another pic from the same shoot, Lourdes can be seen lying face down on a bed in the same purple dress and heels as she pouts for the camera.

The snaps were taken for the fashion company Barragán and Lourdes uploaded them onto her own Instagram page, captioning them: “rudee” and “U see the outfit b*tch.”

The gorgeous star laid on a bed looking seductively down the camera, with one hand held up to her face and her legs raised up and entwined behind her.