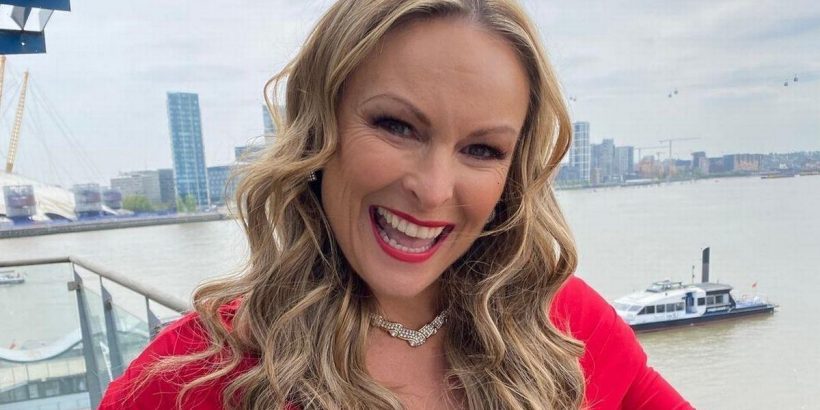 Married At First Sight's Mel Schilling sometimes takes a bit of a backseat to the singles looking for love on the reality show.

But the relationship guru, 50, is starting to become quite the star in her own right.

She has amassed a large following herself thanks to her role on the hit programme – and partly because of the glam snaps she shares on social media.

The dating coach currently has an impressive 125,000 followers on Instagram, where she regularly gives her fans a peek at her life behind the scenes.

We take a look at some of the TV star's hottest pictures.

Mel recently dazzled fans with a shot of herself in a tight black top.

The racy outfit had a plunging neckline with a cheeky zip that left little to the imagination.

The star looked incredible in the sizzling snap, with her blonde hair pulled back at the front and cascading over her shoulders in bouncy curls.

Glittering silver earrings in the shape of arrows hung from her ears to complete the polished look.

Mel turned heads when she slipped into a clinging red dress for a day out.

A shot showed her standing in front of a river with her hand perched on her hip as she jauntily struck a pose.

Red was the star's colour of choice, with ruby red nails and a rosy lipstick matching her tight V-necked dress.

Her hair fell loose around her face in silken curls and she beamed at the camera as the shot was taken.

One fan said she was "stunning", while another remarked: "Those curves."

"Red is a power colour, love your confidence," said someone else, while one admirer called the star "a queen".

Mel set pulses racing when she gave fans a glimpse of a seriously sexy work look.

The celeb looked incredible in her long, coral dress, which showed off her legs as it was fringed at the bottom.

She also let her followers in on a little secret – that as she was working from home she'd swapped heels for some warm-looking purple slippers.

Despite the fluffy footwear, one fan said she was "forever stylish".

Mel earned herself a few flaming hot emojis when she paraded her curves in a low-cut top and animal print skirt as she got to work on the series.

She shared a series of images which showed her out and about in London in the cute get-up.

Her wrap skirt cinched in at the waist and flattered her dynamite curves, and her plunging black top fit like a second skin.

"LOVE this outfit!" one fan gushed.

"Gorgeous as always," said another.

Mel positively glowed as she shared an image of herself in a flowing pink dress as she posted about "confidence, courage and competence".

The fuchsia gown was long-sleeved and featured a deep plunge that finished in an elegant knot at the waist.

The dating guru had pulled her long hair back into a sleek updo and had clipped on some eye-catching black earrings that twinkled as they caught the light.

Her skin glowed with natural-looking make-up and Mel had added a pink lip gloss and lashings of mascara.

"Yes Mel!!!" exclaimed one fan, while another remarked: "You look stunning!"