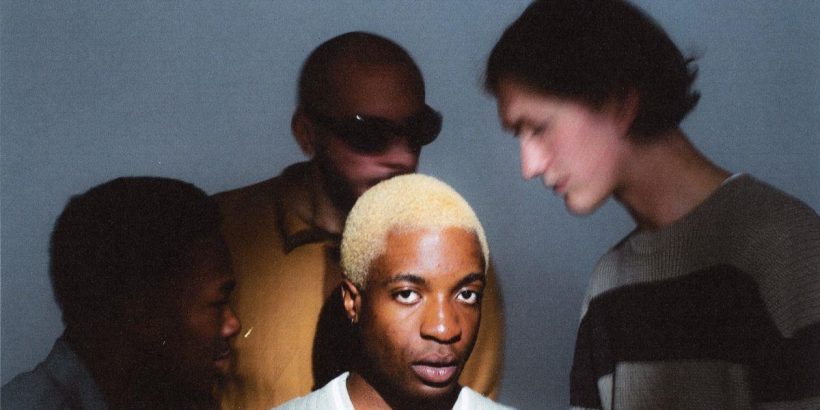 Don’t miss a thing by getting the Daily Star’s biggest headlines straight to your inbox!

Thrilling London four-piece Malady may only have been a fully-fledged band since 2018 but their journey so far has led to quite a change in their initial sound.

The rising quartet, consisting of frontman Percy Junior Cobbinah, guitarist Charlie Clark, Khaleem Mitchell-Patterson on bass, and drummer Ertan Cimen, have evolved from a band embracing distorted guitars to one that throws itself into an expansive sonic pallet influenced by post-rave, dub and electro.

The result is a heady melange of enthralling, cross-genre soundscapes complimented with Cobbinah’s observational lyricism of the every day.

Debut single London I Love You But You’re Bringing Me Down, a play on LCD Soundsystem’s classic cut New York I Love You…, was the perfect introduction to an act enjoying the freedom of not knowing which direction they will take next – and one that refuses to be pigeon-holed.

“That’s our mission because we’re not really content with much of the guitar music we hear nowadays”, Cobbinah told Daily Star. “It was what we thought would sound the most fresh and modern and push the sound forward.

“I feel like it would be going against the flow of time to be settled on one sound and stick with that.”

Malady, who were named one of Daily Star’s 50 Rising Stars to Watch 2021, released the equally impressive follow-up single Famous Last Words in May, which drew early support from the likes of NME and So Young Magazine.

The Nice Swan Records signees have a huge 12 months ahead. They headline the BBC Introducing show Live at the Lexington with Wet Leg and Police Car Collective on August 5 and hope to release new singles before the end of the year, Cobbinah tells us.

Daily Star’s Rory McKeown caught up with Cobbinah via Zoom in a London park to talk about their path so far, singles, their influences, and their goals.

Hi Percy. Tell me more about the band. When did you get together? What’s the journey been like so far?

“The journey started in 2018. That summer we first started rehearsing. We didn’t have a name at that point but there was an intention for this band to play these songs. Before that it was trying to find all the people that I want to play these songs.

"When we started, we only had demos for London (I Love You But You're Bringing Me Down), Famous Last Words and a couple of others. It was a case of finding people who were down to commit and play these songs.”

How long have you had the songs for?

Let’s talk about London I Love You But You’re Bringing Me Down, one of my favourite tracks of 2021. It’s a critique of London, where you sing about high rises, coffee shops, and losing places where kids used to play. What was going on at the time when you were writing it?

“I was at my dad’s in Homerton and I guess just leaving the house every day you start to notice certain things. You take stock of it all.

"From when I was younger visiting my dad in Homerton, I lived with him from when I was 16 just noticing how things have changed, not necessarily for the better.

"Obviously I’d heard the LCD Soundsystem song, New York I Love You But You’re Bringing Me Down, and I thought there’s a parallel there definitely, between the two cities.”

It was written in 2016. Have you refined it since then? A lots happened since then and it becomes more and more pertinent as the years go on.

“From when I wrote it to now, a couple of lyrics have changed. That was the first song I’d ever written from start to finish. Obviously you substitute things that are a bit naive. There still is a naivety. to that song but I felt like changing it too much would make it inauthentic, something different to what it originally was.

“In terms of instrumentality, it changed so much from the start. When I first wrote it, it was a pretty hard indie tune, with lots of distorted guitars. You don’t hear that at all in the studio version.”

The sound you have now, is it a culmination of influences with every member?

“Definitely. Charlie is a production head. He knows what he’s doing in terms of sound design, arrangement, and electronics. We’ve all been into electronic music for a while now. It was a case of finding a way to get that in without losing what we had originally.

“We all have played a part in that. Me and Charlie will work on stuff, take it to the band, and from there they can get their bits in.”

How important is it for the band to embrace varied sounds rather than settling for one niche. You mentioned London sounded different before and was mainly guitar-based.

“That’s our mission because we’re not really content with much of the guitar music we hear nowadays. It was what we thought would sound the most fresh and modern and push the sound forward.

It also gives you different directions on where to take the band, rather than pigeon-holed as one particular sound. I guess it’s a nice freedom to have.

“Exactly. We’ve left the door quite open with these two singles in terms of where we could take the sound next.

"I do feel like we’re settling on a few things that are intrinsic to our sound. On the whole, because we’ve left the door open, we could take it anywhere we really felt like, I hope!”

In terms of lyrics, is it collaborative or are you the main songwriter?

“That’s me. Obviously I will talk to the boys about what it is I’m trying to get at and I’ll ask for advice on phrasing and stuff, but lyrically I do tend to be the one who does that.”

What do you draw influences from lyrically?

“I like to treat writing songs almost like writing an essay on a subject I like. I’d read up on things, things I’m interested in, or things that p*** me off, things I’m noticing more from conversations I’ve heard.

"I’d read up a bit more on it and seeing what’s been said on a subject and doing my own take on it.”

Musically, who are your inspirations? Do you share similar influences?

“A few touchstones for all of us are Overmono, very much in the production elements. Charlie’s big on them. I feel like that’s one of the directions in which we’d want to take the songs from now.

“Burial. Obviously King Krule is a formative influence for all of us. Yves Tumour as well, who is someone who blends that electronic and more indie element together really well in a nice and fresh way.

“We all try to listen to as much music as possible together. That will influence what we come out with. We all like dub, we all like techno, jungle etc etc.”

I guess being in London is the best place to be to be immersed in all that.

“Exactly. It would be a shame to close yourself off and not take all of that in.”

You’re this new and exciting band. What’s it like being in a band right now with so much going on?

“We haven’t really felt like we’ve been part of it much. As we’ve been releasing stuff we’ve been in Covid. It’s been hard to feel like we’re a part of a wider thing because most of our interactions have been mediated through a screen, which has been disappointing.

“But as time goes on and we play more gigs again and we get out and about and go to gigs, it will begin to make a bit more sense in terms of the wider scene.”

You’re headlining the BBC Introducing show with Wet Leg and Police Car Collective in August. How much are you looking forward to that?

“It’s going to be big because that is the first non-socially distant gig we’ve played in about a year and a half. It’s our first proper, proper headline as well with songs out. It’s going to be a big milestone. We need to make the set as good as we physically can for it. There is a bit of pressure but in a good way.”

It’s at the Lexington, isn’t it?

“Yeah. It’s at the Lexington. We played there with Hotel Lux a couple of years ago. My guitar broke last time we played, actually. That was horrible! Hopefully that doesn’t happen again. Great venue, great sound, we’re buzzing to play it.”

You’re signed to Nice Swan Records, who’ve brought through the likes of Blossoms, Sports Team and Pip Blom. How supportive are they as a label?

“We’ve got another gig with other bands on our label in August. It’ll be nice to see everyone and feel a Nice Swan vibe!”

You’ve been tipped by a host of publications such as NME, Fred Perry and, of course, Daily Star, and enjoyed airplay from Jack Saunders and Huw Stephens. What’s it like having that backing early on?

“It’s been mind-blowing, the feedback from everything. It pushes us on because it feels good to know what we’re trying to do has been appreciated already, so early on. We just have to keep on doing it so more of the happens.”

What’s next for you guys? Any plans for an EP?

“This summer we’re just writing as much as we psychically can. Eventually I think an EP would come in the autumn. No guarantee there because things change very quickly in this day and age.

"In an ideal world that’s what we want because we need to put a bigger body of work out there. Releasing a few singles here and there is alright but I feel like we have to push on and put a bit more our while we can.

“We want to get a single out in the next month and a half or so.”