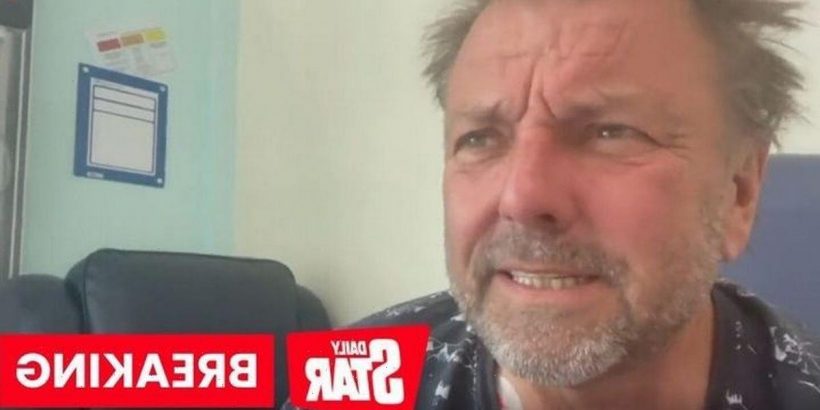 Homes Under The Hammer's Martin Roberts has revealed he was rushed to hospital and was close to death.

Taking to Twitter, he shared a video of himself in a hospital ward saying: "Well, I have to say this isn’t where I expected to be watching Homes Under the Hammer.

He added: "I ended up in hospital in Bath yesterday, I had a few chest pains and just feeling generally lousy, so I was brought in here and turns out I had a massive amount of fluid all around my heart, which was actually stopping my heart working.

"Had they not got rid of it, which they did in an emergency operation last night, then it’s sort of quite serious, like, hours to live kind of c***.

"So here I am, still around, thank goodness, thank the universe and guardian angels, all those things."

The star told fans in his worrying update: "There’s lots of other complicated things that have happened as a result, but we will work through those, and I’ll keep you updated."

But he was clearly in good spirits, as he chuckled: "Meanwhile, there’s a good TV show on that I think I’ll watch while I'm here!"

Also visible in the shot was Martin's hospital bed in what looked to be a private room with a television in the corner and a window showing a sun-dappled staircase.

He accompanied the clip on Twitter with the caption: "So. Bit of a shocker. Thankfully I’m here to tell the tale…"

His Homes Under the Hammer co-star Lucy Alexander hopped into the replies section to wish him the best, writing: "Omg… omg sending you the BIGGEST hug ever. Love ya mate x".

"Wishing you a speedy recovery," someone else chimed in.

As a third fan wished: "Get well soon. Your guardian angel was certainly looking out for you."

It comes after Martin drove a whopping 26 hours to the Ukraine border to deliver much needed supplies, sharing updates on the trip to his Instagram followers.

In one update, Martin could be heard saying: “Managed a few hours sleep, it's a really tough day today, it's another 13 hours on the road. Probably the longest day of driving I've ever done.

"All the way now through Poland and a large portion of Germany. Lots of music on the stereo, lots of wine gums and probably lots of Redbull.