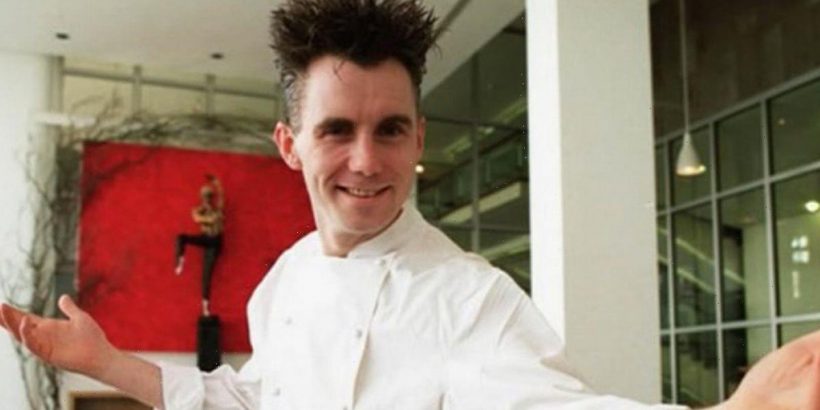 A rock star of the British food industry, Gary Rhodes suddenly died in November 2019, with it being revealed he'd been fine one minute and had then collapsed from a bleed on the braid.

The foodie was born in south London in 1960 before his family moved to Gillingham, Kent.

He went to catering college in Thanet, which is where he met his wife Jennie.

Gary made a name for himself by reviving long forgotten staples of British cuisine, earning a remarkable five Michelin stars throughout his career.

Eventually TV came calling, and Gary's radical style helped change the face of cookery shows. He went on to front programmes including Masterchef and Hell's Kitchen.

In 2008, he appeared on Strictly Come Dancing, partnered with Karen Hardy and then in 2011 he and his family moved to Dubai.

His family issued a poignant statement, saying: "The Rhodes family are deeply saddened to announce the passing of beloved husband, father and brother, Gary Rhodes OBE.

"Gary passed away last evening, Tuesday 26th November 2019, at the age of 59, with his beloved wife Jennie by his side.

"The family would like to thank everyone for their support and ask for privacy during this time."

Two days later, the Rhodes family spoke out again, saying: "In order to end painful speculation surrounding the sudden passing of our beloved Gary Rhodes OBE, the Rhodes family can confirm that after a successful day shooting with Rock Oyster Media for ITV here in Dubai, Gary returned home in a very happy mood for a peaceful evening with his wife Jennie.

"After dinner, Gary unfortunately collapsed in their residence and was rushed to hospital but unfortunately passed away due to subdural hematoma.

Footage showed Gary watching a sunset on sand dunes on the night he collapsed in a documentary named Gary Rhodes: The First Rock Star Chef.

"At this time, there are no other details and the family would again request privacy around this very tragic loss and again, thank friends and family for their ongoing support at this time.”

Police in Dubai then released a statement confirming that Gary had died from natural causes.

Gary's loss was felt by his peers across the world of British cooking.

"Gary was a fantastic chef and incredible ambassador for British cooking, he was a massive inspiration to me as a young chef. He reimagined modern British cuisine with elegance and fun. rest in peace Chef."

TV chef James Martin posted: "Hugely influential in my life and the life of the British food scene. Gent and genius… RIP Gary, I can't believe you're gone."

Gordon Ramsay tweeted: "We lost a fantastic chef today in Gary Rhodes. He was a chef who put British Cuisine on the map. Sending all the love and prayers to your wife and kids. You'll be missed."

Gary left behind substantial assets and stipulated that his fortune should go to his beloved wife Jennie, 60, according to London’s probate office.

His will also ensured that Jennie would be given his cars and various other personal items.