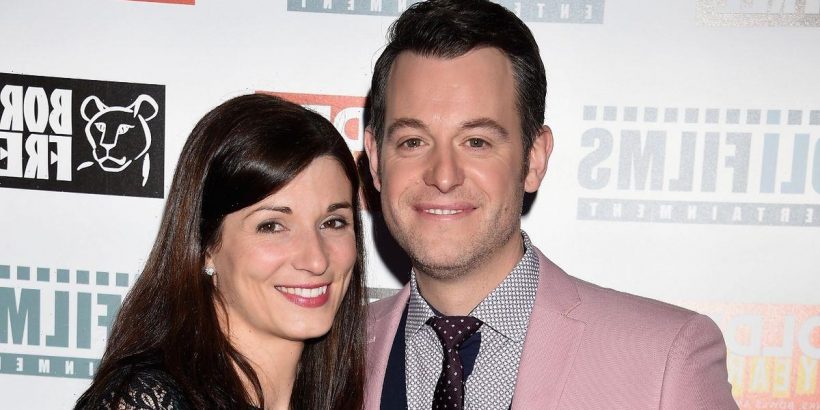 BBC presenter Matt Baker first appeared on our screens in 1999 when he hosted the iconic kid's show Blue Peter.

The popular presenter has gone on to win a myriad of awards and enjoy a successful career in TV which has already spanned over two decades.

Matt has achieved many heights at work – from presenting the sustained TV gem, Countryfile – to a gig on Strictly Come Dancing.

Matt's resume boasts everything from Countryfile, The One Show, City Hospital, Animal Rescue Live and even the 2012 Olympics.

But does his personal life match his sparkling on screen personality? He certainly seems very blessed.

With so many presenting gigs under his belt – and even a second place Strictly Come Dancing appearance – it's no wonder that the impressive presenter already has a whopping reported net worth of £7.2 million at 43 years old.

The Countryfile star married his wife Nicola in 2004.

Nicola, who is a physiotherapist, met Matt before he became famous – they met at Pier 39 club in Cleethorpes

In an interview with the Mirror, Matt said: "I'm so lucky that I met my wife Nicola before any of this telly lark started.

"I knew way back then she was the one and I don't think I could have done all this without her."

From the age of 10, Matt grew up on a farm just west of Durham.

Matt, Nicola and the kids all moved back up to the old Durham farm house from Herefordshire after Matt's mum had an accident.

Speaking about the new living arrangement, Matt told Metro: "We have our own smallholding in the Chilterns, a smaller version of my parent’s farm, where we have our own chickens and livestock."

The country house has a lovely brick exterior, plenty of green land and a tasteful interior design.

For more incredible stories from the Daily Star, make sure you sign up to one of our newsletters here.