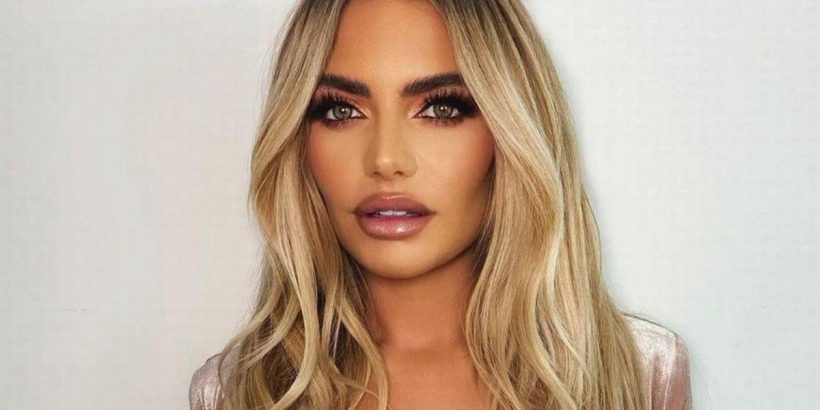 Marilyn has been brought to light recently after Kim Kardashian wore her glitzy dress to the 2022 Met Gala earlier this week.

However, when chatting MTV's Ex On The Beach star Declan Doyle he described Megan to be like the late Hollywood actress.

Declan said that his co-star was one of the most "stunning girls he's ever seen" but says she has few words – just like Marilyn.

The MTV co-stars are currently being screened together on MTV's EOTB and apparently shared "sexual tension" with each other despite having other partners on the show.

"She is honestly one of the most stunning girls I've ever seen but she is also very timid and kind of shy, she's in her own world most of the time.

He added: "She reminds me of someone like Marilyn Monroe, stunningly beautiful but doesn't have many words to say. Quite a mysterious person."

"When I came in, Megan said I was actually her type and she 'didn't expect me to look like that,' and said 'if he wasn't gay he would be my type' and I'm actually bisexual and she was like 'oh my god, really?'"

Declan also revealed some of the filthiest messages that he finds in his social media direct messages.

The MTV star said: "It's creeping me out since Ex On The Beach, I've been getting about five different accounts like foot fetish people asking me how much I would charge to sell sweaty, used, dirty, white gym socks and sweaty boxers.

"People are telling me they would pay me like £700 to send one sweaty item."

"Maybe if I'm desperate for money at any point in my life then I'll start selling my dirty socks.

He laughed: "But the one that got me going though is when they said would you send your farts in a can? I don't know how that would travel though – would it be concealed? I don't even though, that's just another level of fetish."