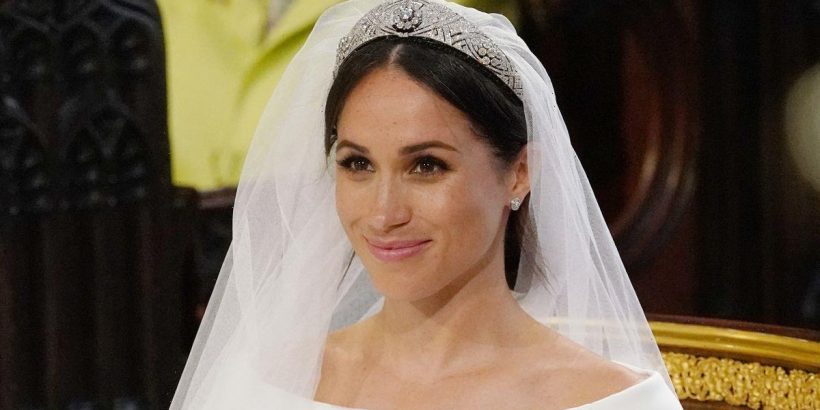 Prince Harry and Meghan Markle celebrated their fourth wedding anniversary on May 19, but now a secret detail from the big day has been revealed by a close pal of the former actress.

Meghan's pal of many years Daniel Martin, who is also a professional makeup artist and did the Duchess' glam look on the big day, has revealed a secret from the 2018 royal wedding.

Meghan and Daniel met seven years before her wedding day, and at the time, in 2011, Meghan was a big-time actress and was filming her hit TV show Suits in Canada.

Sharing the secret detail on social media, fans of the royals are likely to be shocked by the revelation.

On May 19, Daniel decided to congratulate the pair on their four year wedding anniversary by taking to Instagram to share a sweet post – with a hidden message.

Sharing a snap of Harry and Meghan on their wedding day on his Instagram Stories, the snap he shared was of an aerial shot of three cars driving through the crowds towards Windsor Castle.

He penned: "Happy Anniversary M & H," alongside the throwback snap.

As well as wishing the couple a happy wedding anniversary, he also dropped a secret detail that nobody knew about before.

He drew arrows to the middle of the car and said that he and Meghan's hairstylist were inside one of the cars.

It was known before that Daniel had breakfast with Meghan and her mum Doria Ragland prior to the wedding later that morning.

But it was not known that he travelled with Meghan on the day to the wedding venue at St. Georges Chapel on the grounds of Windsor Castle.

Speaking on Good Morning America previously about the special day, Daniel explained: "We had breakfast. Guy, her dog, was with us. We were playing around with him. It was a very chill morning.

"On your wedding day you want to look back at your photos and think about how great you felt in your dress and not be distracted by how trendy your makeup was in 2018.

"I focused on bringing out her best self and elevating it to a level, that you're not necessarily able to achieve yourself."