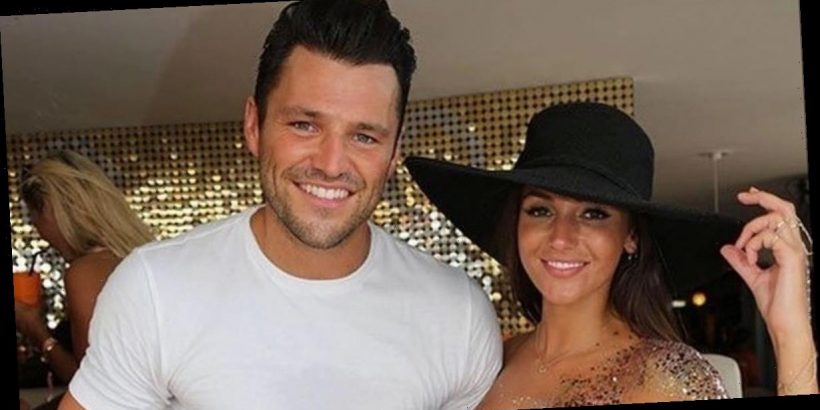 Former Coronation Street actress Michelle and TV personality and presenter Mark are understood to have found a buyer for their first home together.

The celeb couple purchased the five-bed property in 2013 but have recently bought an extensive plot of land where they plan to build their dream home.

Our Girl star Michelle and Mark, who is trying his hand as a professional footballer with League Two club Crawley Town, put their pad on the market for £1.78million last October.

And the glamorous abode comes packed with goodies including a state-of-the-art gym, large garden and patio area, as well as spacious living room and kitchen used for entertaining their celebrity pals. "It was their first home together and it holds so many happy memories, but they're excited about the future and building their dream home,” a source told The Sun.

The pair, who have been married since 2005, needed the plot of land to create their future family home, although they ran into complications with the local parish council who knocked back some of their bold plans.

Michelle and Mark are understood to want to install a swimming pool, playroom, TV room and ground floor bar to enjoy with family and friends when the property is finally completed.

"At the time of the original applications, the Parish Council considers the impact the proposed new dwelling would have on the green belt, and whilst it was felt that the dwelling itself would represent a much grander and greater dwelling than the original dwelling, the demolition of the associated cart lodge was also taken into account,” said a Parish Council letter, according to The Sun.

Recently Michelle, 33, was seen climbing a ladder on their new Instagram page for their new gaff, while a shirtless Mark, 34, was seen in a selfie working up a sweat ripping the roof off their garages with builders on their mansion build.

In a post on social media Mark revealed to his fans: “Part of my life I don’t always share is property development.

“A hobby and side hustle that I love, but last July me and Michelle started building our dream home.

“We debated sharing our journey and after a lot of thought we decided we wanted to bring you along with us.”

Meanwhile, Michelle has hit back at claims that her months spent away from home while filming Our Girl sparked trouble in her marriage to Mark.

Talking to You magazine, Michelle denied the rumours that her marriage to former reality star Mark was strained while she was working in South Africa and Malaysia.

She said: "Going away for work is never seen as a good thing, only as a negative, and I don’t understand that.

"Are you seriously supposed to turn down work in case it impacts your marriage?"