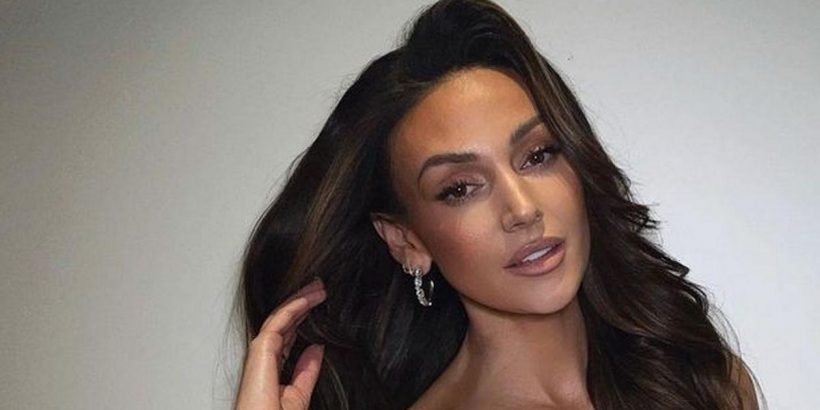 Michelle Keegan posed for a sweet snap with her cousin Gemma – where the soap star looked dramatically different.

The former Corrie star, 34, took to Instagram on Sunday night (May 22) to wish her beloved cousin Gemma a happy birthday.

The glam Manchester actress was clearly feeling nostalgic on Gemma's special day as she posted a throwback photo on her Instagram Stories which was taken at least 14 years ago.

She shared two photos taken 14 years apart, both of which saw her standing next to her three cousins, including Katie, Lauren and Gemma.

The top photo, which was snapped over a decade ago, showed a younger Michelle looking noticeably different to how she does these days.

The smiling star had styled her trademark brunette locks roam free in wavy tresses that spilled over her shoulder.

Michelle sported a multi-coloured top in the sweet family photo, which they later recreated over a decade later.

The second snap showed Michelle dazzling the camera in a denim vest which revealed her killer figure and toned arms.

Gushing over her cousins, Michelle wrote the affectionate caption: "14 year apart." with a heart-emoji.

She then added: "Happy birthday to my big cuz Gem-ma" with a laughing emoji and another heart emoji.

The beautiful Brassic star never fails to dazzle the internet with her glamorous snaps, some of which have seen her sport sizzling bikinis on the beach.

In fact, last month she was branded the 'fittest woman in the world' after sharing a bombshell beach photo on a lush vacation.

Michelle turned heads in a bronze-coloured bikini which exposed her enviable tan and killer figure.

The actress recently revealed her husband Mark Wright's "annoying" food habit on an episode of the Table Manners podcast with Jessie and Lennie Ware.

She said: "I normally cook for me and Mark if he's home. He likes to eat quite healthy food so it’s a lot of chicken, nice healthy sauces…It's really annoying!"

Keegan also opened up about her eating habits, and how she's been trying to stay healthy.

The self-confessed foodie said she likes to cook and uses chicken if she's making an effort, before revealing she uses garlic and chilli as seasoning.

She also spoke about how she gained her culinary passion from her chef mum, who used to work as the head chef at Michelle's school.