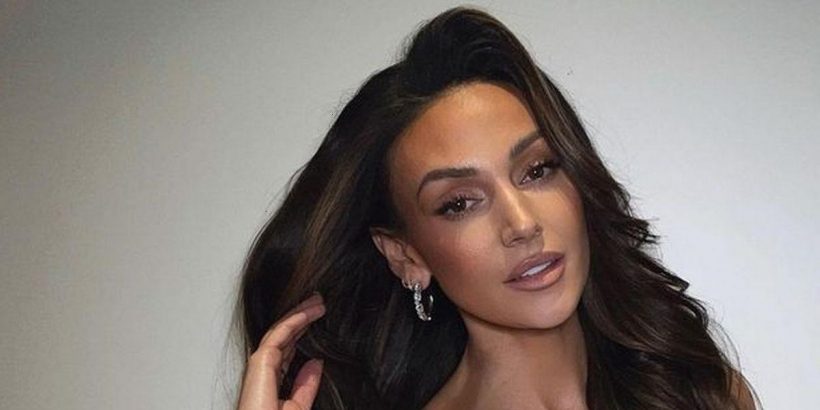 The former English hockey star, 33, took to Twitter to shoot down rumours that she was the colourful character on ITV's wackiest TV programme – The Masked Singer UK.

After last Saturday's performance, Sam had found herself in the firing line of suspicion with many viewers speculating that the sportswoman had been hiding behind the mask of Firework.

She explained to her loyal legion of followers that she was "far too pregnant" to be on the show and shared a throwback snap of herself with Michelle Keegan.

Along with the pic, Sam penned: "Looking at my tweets from last night, I can confirm that I am NOT the #Firework on the #MaskedSinger.

"Not only am I far too pregnant for that at the moment, but I can't sing AT ALL! Face with tears of joy

"I have a sneaky suspicion who Firework is though, (but it's only a suspicion!)…"

Sam didn't need to jot down who she'd had in the frame as the picture with Michelle and herself spoke for it's self.

However, many of the TV personalities fans were not convinced by Sam's excuse of being pregnant.

One person chirped back in response: Being pregnant isn't an excuse to not do #TheMaskedSinger lol, @JossStone won the last series & I think she was about 6 or 7 months pregnant at the time.

"I'm also sure you'd smash it, not being able to sing shouldn't stop you either, just be entertaining is enough."

Another suspecting online user added: "But you would say that if you WERE the masked singer, right?"

While other's "complete agreed" that the Our Girl actress would be unveiled in the weeks ahead.

There has been a lot of talk on social media about the former Coronation Street star being Firework – and so far the brunette bombshell has remained a dignified silence on the matter.

This year there has been much more confusion about the celebrities lurking behind each character.

Judge Mo Gilligan explained in an interview prior to the show's launch that this was due to contestants going the extra mile to disguise their voices.

He said: "I think what it is now is that people have seen the show so they’re trying to change the way they speak, they might put an accent on to throw us off.

"They're even changing the way they sing now.

"People are really upping their game to not be sussed out so soon."