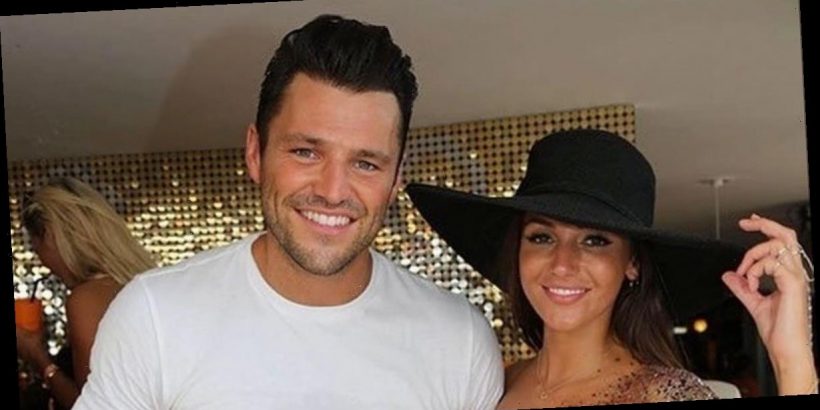 Michelle Keegan paid a sweet tribute to husband Mark after his dreams of a football career came true and he took to the field in the final minutes of his club's win.

Mark, 33, showed months of hard graft on the training ground paid off on Sunday, when he run onto the pitch in the final few minutes for Crawley FC who were playing against Leeds United.

The former TOWIE star said the day will be one his family would cherish forever, with his brother Josh also making his debut for the club.

Proud Michelle commented "What a day," along with a red love heart emoji, writes The Sun.

Midfielder Josh, who has played for Gillingham and Leyton Orient, wrote: "Thoroughly deserved through hard work and determination.

"Can't wait for the rest of the journey. Love ya bro x."

The radio host's cousin, Elliott Wright, spoke of childhood memories on the post, saying: "So proud, the memories of us as kids playing in the garden, too see both of you playing a professional game together, makes you realise, cherish every moment in life, it's too short…

"Playing as kids pretending to be your inspirations… to actually make it on the same field together.. special X and what a win that was.. well done!!"

His mum Carol penned: "Well done my boys so proud and happy to be your mumma x x."

Mark was released by Tottenham as a teen, but now hopes of scoring his dream goal against Arsenal to taunt Piers Morgan.

Playing in the Spurs academy, he captained the youth team and played alongside Jamie Redknapp in the reserves.

However, following a summer of eating and drinking, he came back out of shape and was let go – which left him broken and in tears.

With a chance of FA cup tie ahead, The Only Way Is Essex star wants to stick it to Good Morning Britain presenter Piers.

Mark said while on the morning show: "The buzz was nearly as much as the buzz you had when you beat us on penalties in Soccer Aid – it was an incredible moment.

"Obviously I only got a few minutes. It was sensational to come on and make my professional debut and my brother making his debut.